Mandate is against Congress: Agatha Sangma 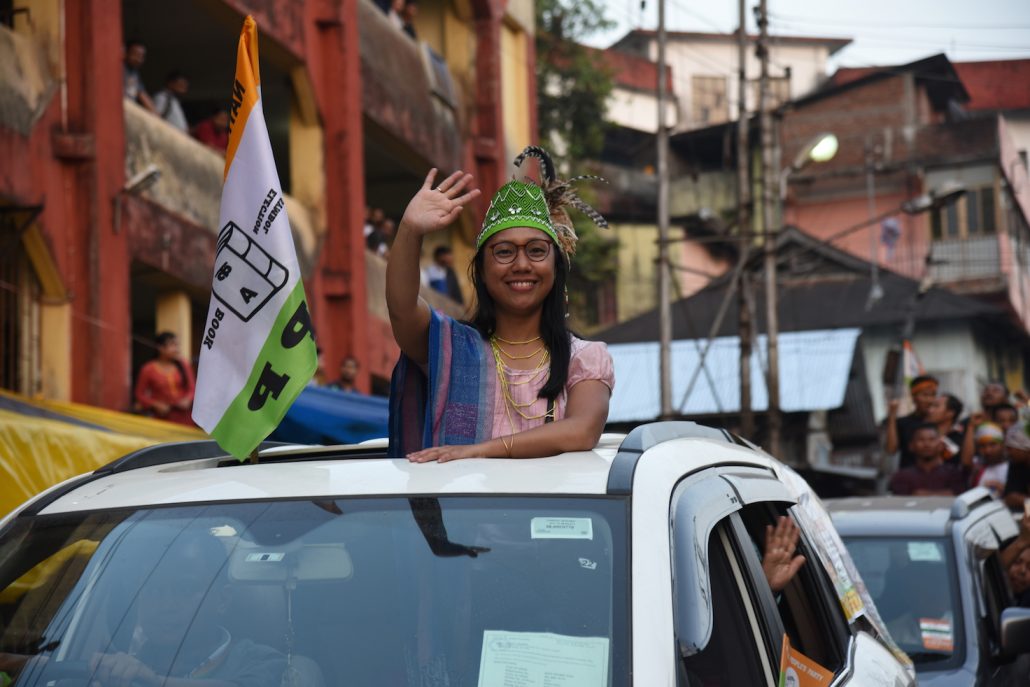 A jubilant Agatha Sangma waving his supporters during a victory rally in Tura.

Agatha Sangma, who won the South Tura constituency, credited the NPP’s surge in Meghalaya to her elder brother and chief of NPP, Conrad K Sangma.

“This victory of NPP is an outcome of the team work of the party and its candidates and love for our late leader Purno Sangma,” Agatha told reporters at her residence. Tomorrow is Purno’s second death anniversary.

Today morning the family member of late Purno were at the cemetery to seek blessings.

Jubilant supporters marched alongside their victorious candidate from the counting hall at SMELC building in Dakopgre to late Purno’s house, a distance of approximately 1 km, and the roads were chock-a-block with dozens of vehicles carrying NPP supporters.

“There has been a strong anti-incumbency factor against the Congress government in Meghalaya and today’s result is an opportunity for the NPP to do some really good work for the people of the state,” an elated Agatha said.

Having been elected from the prestigious South Tura seat, she said that there are many challenges to the most important town in the Garo Hills.

According to the young legislator, basic facilities such as proper roads, adequate supply of drinking water, education and sustainable development of the town would be her first priority.

“I want that Tura to become a smart model town and people should get good quality of life,” she added.

“It was wonderful to see women voters particularly so many young college students who came out and exercise their franchise to make their voice heard. I will not let them down,” said Agatha.

NPP, which won two seats in Garo hills in 2013 election have significantly improved its tally.

However, the biggest setback for NPP is the defeat of sitting NPP legislator Nihim D. Shira, who lost to Mukul Sangma (Congress), by a margin of 1830 votes.

The prestigious South Tura constituency, which was once represented by late Purno Agitok Sangma, was won by former minister of state Agatha K. Sangma by a margin of 1603 votes defeating BJP candidate Billykid Sangma.