When the society started giving farmers Rs 35/kg of rubber, her dream gathered wings and MMCS was registered under the Meghalaya Co-operative Societies (Act 1971) 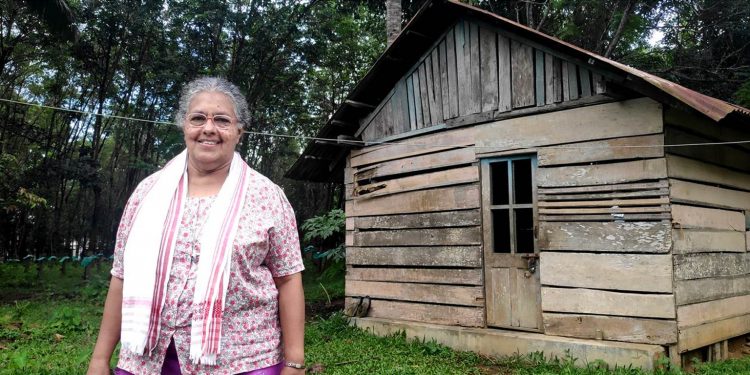 Sister Rose Kayathinkara, a nun from Kerala, has been the principle convertor of a large part of Meghalaya’s Garo Hills into lush rubber plantations.

Rose, a member of the Medical Mission Sisters congregation, was extremely pained after witnessing the living conditions of the poor farmers when she was transferred to the Garo Hills way back in 1977.

Her tireless development programmes for seven years, however, did not bring much change in the region.

Instead of giving up, Sister Rose thought of introducing rubber plantations as a cash crop in the region.

The idea clicked immediately and it worked wonders for the unexplored potential tract of the fertile land.

To turn her business idea into a fruitful one, Sister Rose initially took 21 Garo farmers to Kerala in 1987 for an exposure programme.

The exposure programme was aided by the Rubber Board.

When she noticed that people from other states had started taking rubber gardens on lease by paying very little returns to farmers, she formed the MMCS- an unregistered society then.

When the society started giving farmers Rs 35/kg of rubber, her dream gathered wings and MMCS was registered under the Meghalaya Co-operative Societies (Act 1971).

MMCS now has five branches across Garo Hills and is involved in multiple activities like poultry, dairy, pig farming etc.