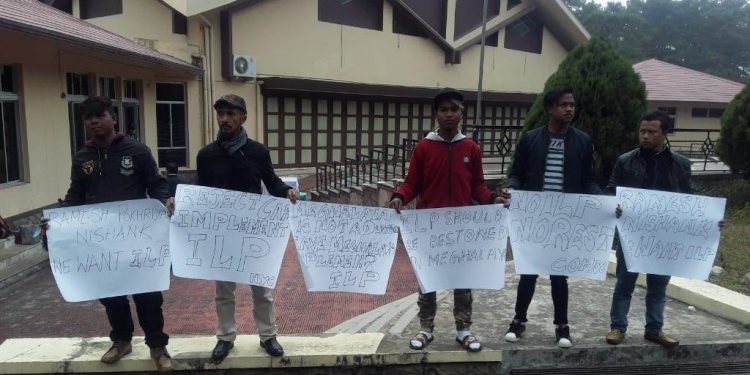 He was greeted with slogans demanding the implementation of Inner Line Permit (ILP) in the state as he visited NEHU and NIT in Shillong.

At NEHU, activists of the Confederation of Meghalaya Social Organisation (COMSO) displayed placards near the function attended by the Union minister.

Similarly, when Pokhriyal visited the temporary campus of NIT at Laitumkhrah, activists of COMSO assembled near the campus and chanted slogans “No ILP No Rest”.

They demanded to the Centre to implement ILP in Meghalaya immediately.

The Centre is yet to decide whether ILP should be implemented in Meghalaya though the state Assembly has passed a resolution on December 19 last year.

The state delegation is also yet to have an audience with Union home minister Amit Shah the issue.