The HNLC, which was banned on November 16, 2000, is fighting for a sovereign homeland for the tribal Khasi population of Meghalaya. 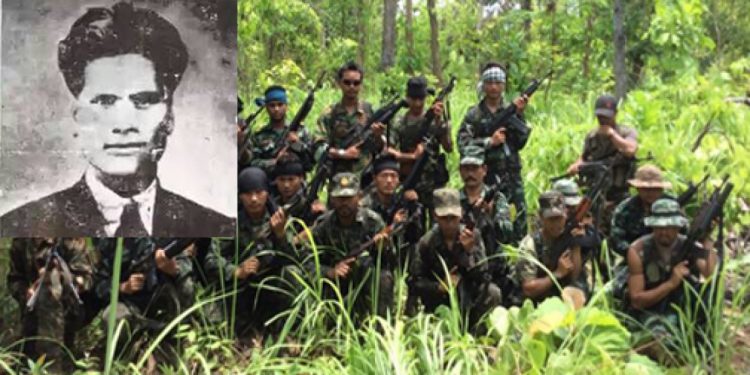 The banned Hynniewtrep National Liberation Council (HNLC) on Monday vowed to carry on with the “lessons of struggle” that Khasi revolutionary Wickliffe Syiem had taught them.

On the 31st death anniversary of Wickliffe Syiem, the HNLC general secretary Saiñkupar Nongtraw, through a Facebook post said the organization would carry on with their struggle for a sovereign homeland.

“On the death anniversary of Paiem Wickliffe, we take the pledge to carry on lessons that you taught us through your life and your struggles,” Saiñkupar Nongtraw, said.

The HNLC, which was banned on November 16, 2000, is fighting for a sovereign homeland for the tribal Khasi population of Meghalaya. Bobby Marwein is the chairman of the outfit.

“As people of the Hynniewtrep we must stop pointing fingers, and should lead by example as you (Wickliffe Syiem) did, and do something positive for the generations to come,” Nongtraw said.

The HNLC general secretary said Wickliffe Syiem “was a true visionary and brave enough to go against the diktat of the then Government of India, which had forcibly made our Syiems to sign the instrument of accession at gunpoint.”

“We shall never forget your sacrifices Paiem. You shall live in our hearts until the end of time,” Saiñkupar Nongtraw said.

Wickliffe Syiem was a Syiem Khynnah (Deputy King) of Hima (Khasi State) Nongstoin. Born in Nongstoin on August 15, 1909, he was the first Khasi engineer and had studied engineering from Baroda.

While Sardar Ballabh Patel was trying to unite the princely states to be part of the Indian Union, on January 13, 1948, Wickliffe Syiem had declared Nongstoin as a sovereign Khasi State.

Like a King with true vision for the welfare of the Khasi people, Wickliffe Syiem had tried his best to keep his kingdom from both Indian and the East Pakistan governments.

While he was in the process of framing the Constitutional Law for Nongstoiñ, troops had captured Kñi Sibsing Syiem (Wickliffe’s Uncle) to sign the Instrument of Accession.

Sibsing Syiem had no other option but to sign the Instrument of Accession. Furious with the forceful accession of Nongstoin, Wickliffe Syiem had also registered a formal complaint with the UN.

Later, he settled at Chattak near Sunamgunj in East Pakistan (now Bangladesh). But, he continued with his protest against the Indian government, and never returned to Nongstoin.

In fact, Wickliffe Syiem was the leader who had inspired the Khasi insurgents to wake up and rise up to resurrect their “stolen freedom”.

So, he is always described as the founder of Hynñiewtrep Nationalism. He died on October 21, 1988, in Bangladesh.