High level committee to decide shifting of settlers in Shillong 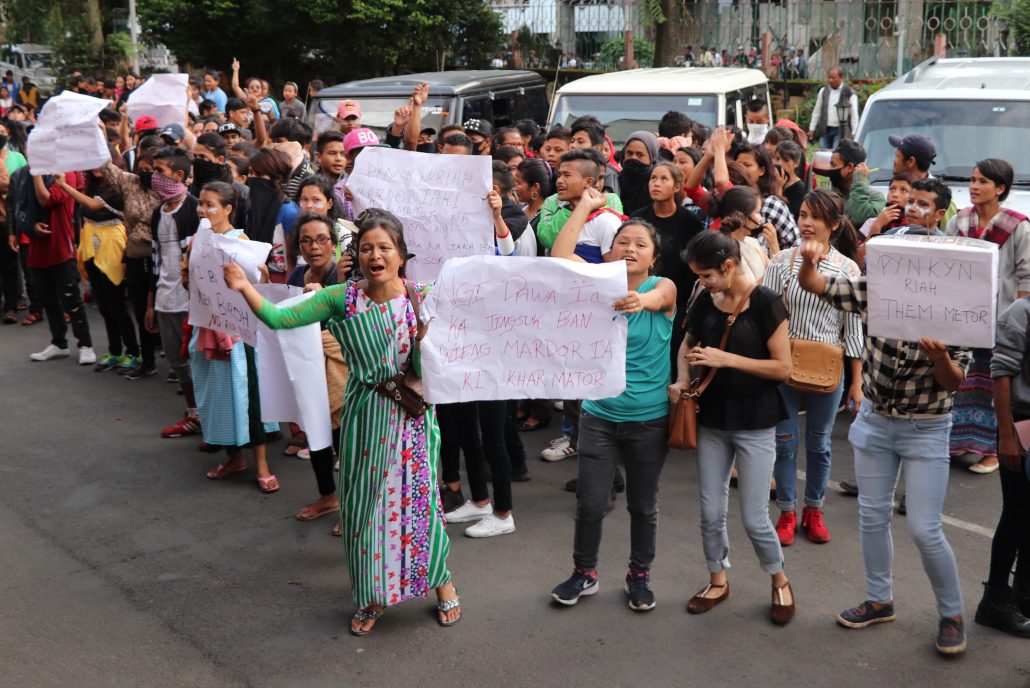 The Meghalaya Government has decided to constitute a high level committee to look into the issue related to shifting of settlers from Them ïew Mawlong.

With Shillong city witnessing tense situation, a meeting chaired by State Chief Minister, Conrad K Sangma in the presence of other ministers was held with leaders of the coalition partners  – Meghalaya Democratic Alliance government – as well as with leaders of all political parties and headmen representing various localities in the main secretariat in Shillong on Monday.

After several rounds of meetings, the Chief Minister told reporters that the government has decided to constitute the high level committee to be headed by Deputy Chief Minister, Prestone Tynsong while other ministers, who will be part of it, include Urban Affairs Minister, Hamletson Dohling, Health Minister, A L Hek, Home Minister, James K Sangma, Sports Minister, Banteidor Lyngdoh, chief executive member of the Khasi Hills Autonomous District Council, P N Syiem besides commissioner and secretary, D P Wahlang as member secretary of the committee.

He said that detailed reports would sought on the matter related to the long pending demand to shift the settlers from the area and the high level committee would sit and study the complex issue.

“The committee will be asked to complete the job as soon as possible, and submit its report at the earliest,” he said.

He said that during a series of meetings, everyone expressed concern over the prevailing law and order situation and underlined the need to maintain peace.

“All leaders of various parties and headmen decided that we must work together to ensure peace, and shown support and solidarity with the government and wanted the government to find solution to issues that are there,” Conrad said.

Stating that a large number of people from various sections have been affected, the Chief Minister also urged the agitators to stop the agitation and allow the government to work in order to find solution to the long pending issue.

The Chief Minister also reiterated that the present situation is not a communal issue but an issue related to specific area, which has been there for many years.

Asked if there is political colour into the aggressive agitation that led to breakdown of law and order, Conrad did not make any comment, saying, “This is an issue which is important for all of us to work together.”

Not representing any group or organization, some of the women and youth were later allowed to first meet the Chief Secretary and later the Chief Minister.

Not willing to identify their names, they told Northeast Now that they have demanded that the government should announce and release publicly the picture of the accused involved in assaulting three local persons at Them ïew Mawlong on May 31 morning, and also to release the youth who were detained during the agitation.

The women and youth also urged the government to find permanent solution into the problem at Them ïew Mawlong by shifting the settlers from there.

Stating that ongoing agitation at Motphran, Mawkhar and adjoining areas has caused hardships especially to poor families; they urged the government to work towards ensuring normalcy.

Meanwhile the Chief Minister, informed that the accused identified as B Miza was already arrested on Friday and now under custody.

He also said that the case has been charge sheeted.

On breach of security by the women and youth, Conrad downplayed it, saying, “it is situation that sometimes you did not expect, but they did not come with any maligned intention. They were very much concerned about the issue and we were happy to meet them. Sometime these kinds of things are unpredictable but it happened. They only came to submit a memorandum but they should not also take risk as it is curfew time.”

Urging the people to maintain calm, the Chief Minister said that all measures have been taken to bring back normalcy and assured that the government was committed to work in finding solution.

The state government was also given additional security force in view of the volatile situation.

On stone pelters being funded by some individuals, Conrad did not comment further, saying, it is important now to see that peace returns.