FIFA World Cup Mystery: It wakes up the insect every four years 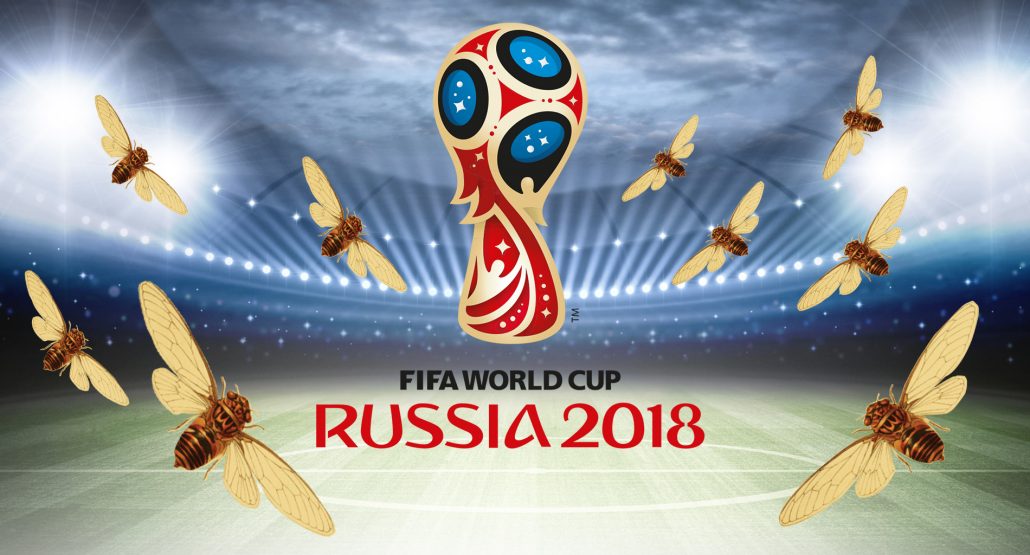 Tribal Khasis are known to be passionate about football. And when it comes to the FIFA World Cup fervour, even a strange insect appears from oblivion in Meghalaya to add spice to the revelry.

It’s surprising, but true. The strange insect appears in the villages in Meghalaya’s Ri Bhoi district about two months before every FIFA World Cup, and slowly disappears for the next four years.

The insects announce its arrival in the bushes with a distinctive loud whistling sound. The tribal villagers have named the winged-insect as Niang World Cup (niang is insect in Khasi).

“We don’t know where the insects come from and where do they vanish for the next four years after the FIFA World Cup,” Roshan Byrjuh, a resident of Umling village told Northeast Now on Friday.

Tribal villagers get to know that the World Cup is not too far when they start hearing the whistling sounds in the bushes. The villagers have been experiencing the strange appearance of the insects for the last four to five decades.

“This is still a mystery and we don’t know why the insect come back to our villages again and again before the World Cup,” Ika Nongkling, a tribal lady working with the state Community and Rural Development department said.

Apparently, the insect is a sub-species of the Cicada family, called Chremistica. Entomologists have identified the insect as Chremistica Ribhoi. It was named after it was discovered in Ri Bhoi district of Meghalaya.

The insect lays eggs in grooves of the trees. After hatching, the nymphs go underground, feed from the sap of the roots and emerge after exactly four years. Reportedly it molts at least four times before growing wings.

The insect surfaces from nowhere after every four years, coinciding with the FIFA World Cup. While the original tribal name of the insect is Niangtaser, it has been rechristened Niang World Cup by the soccer-crazy people of Meghalaya.

The insect is reportedly high in protein, and is eaten raw after it grows wings. It is also high in demand in the village markets and fetch as high as Rs 400 per kg. The deep-fried insect is a gastronomic delight of the tribals.

As Niang World Cup is high in demand in the local market, almost every day young and old are seen going around the villages in the evening for their prized catch.

As FIFA World Cup Russia is set to begin from June 14, people from different districts of Meghalaya are now making it a point to visit the village markets Ri Bhoi district to pick up their packet of Niang World Cup.

“We don’t want to miss it. Otherwise, we will have to wait for four more years to taste the mystifying insect,” Aibor Lyngdoh, a student of the North East Hill University (NEHU) said.