Meghalaya: Will not compromise with BJP on CAB, says Tynsong 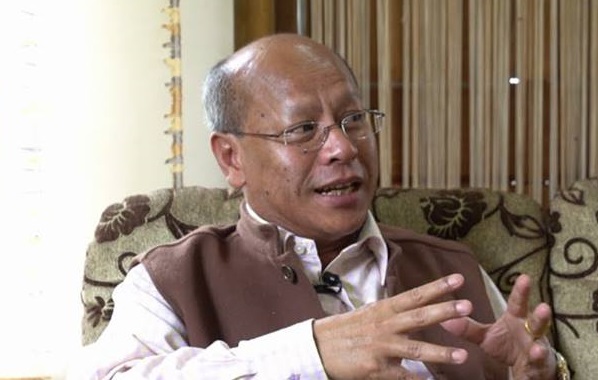 Meghalaya deputy chief minister and National People’s Party (NPP) leader in Meghalaya, Prestone Tynsong said his party would continue to oppose the Citizenship Amendment Bill (CAB) and would not comprise the issue with the BJP.

The Bharatiya Janata Party (BJP) has made it clear in its election manifesto that it would bring the Bill in Parliament if voted to power after the Lok Sabha polls.

“We are firm that we will fight against the Bill. The BJP is clear in its decision and we are also very clear in our stand. There is no meeting point, and we will not comprise with the BJP on this issue,” Tynsong told reporters here on Monday while reacting to BJP’s manifesto.

The BJP in its manifesto released on Monday reiterated its commitment of passing the contentious Citizenship (Amendment) Bill, if voted to power this election.

When asked whom he would chose as Prime Minister candidate between Rahul Gandhi and Narendra Modi, Tynsong said that there are others national figures too, not only two people (Gandhi and Modi).

Tynsong also said that he expected that the NPP would win from three to four Lok Sabha seats in the Northeast in this election.

The NPP is fielding candidates in some Lok Sabha constituencies in states which include, Manipur, Meghalaya, and Assam, besides contesting the Assembly elections in Arunachal Pradesh.

Earlier former chief minister, D.D. Lapang and NPP leader did not comment when asked on the performance of the BJP-led NDA government at the Centre under the leadership of Modi.

Whether Congress president Rahul Gandhi is a Prime Minister material, Lapang said that Gandhi is yet to be matured.