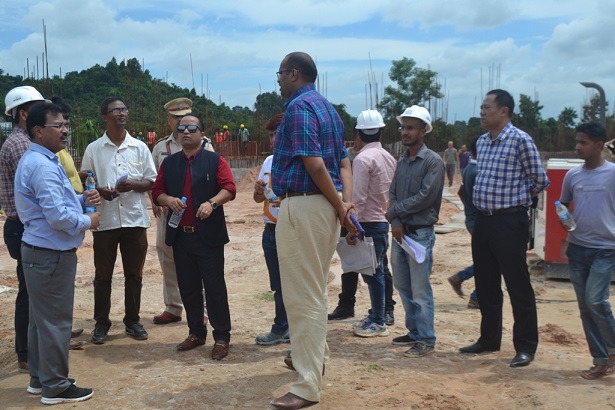 The minister visited Ampati to review the progress of the project as the state would host the National Games in 2022.

Reviewing the project, the Lyngdoh stressed the need to complete the sports infrastructure within the stipulated time of three years. The project cost was estimated at Rs 46 crore.

The site located at Bolsalgre on the outskirts of Ampati with an area of 16 acres which was sanctioned under NLCPR.

The minister also interacted with members of the families of Bolsalgre-Bandoraja A·king who had donated their land for the purpose.

Agriculture and horticulture officials accompanied Lyngdoh during the inspection and discussed the possibility of shifting the congested Garobadha market to an area near the cold storage facility.