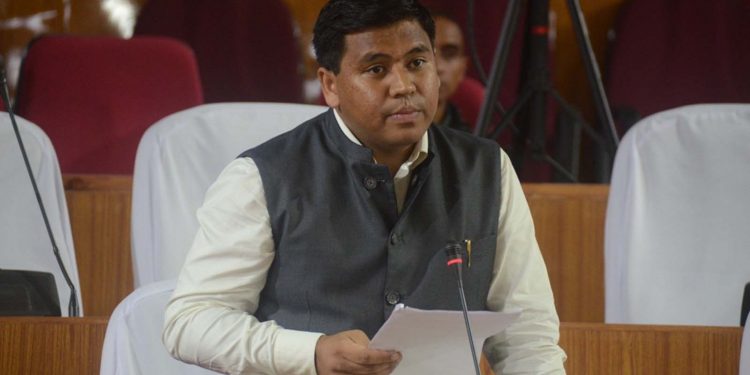 Sohra MLA Gavin M Mylliem on Thursday suggested the Meghalaya government to come up with a policy recognizing persons with brave acts.

On the floor of the Assembly on Thursday, the State government was suggested to come up with a policy with a special case for recruitment in the State police or State Disaster Response Force (SDRF).

Mylliem said the government should recognise as well as utilise the services of rare individuals having unique skills in rescuing people and tracing bodies wedged in whirlpools.

Numerous incidents had taken place where many persons including foreign tourists had been washed away by strong currents of rivers in Khasi Hills of Meghalaya and local volunteers had helped in locating and recovering the bodies.

Mylliem initiated a discussion during Zero Hour in the Assembly on Thursday with reference to an incident on August 15 where two cousin brothers – Harry Khongbuh and Arthur Kyrmen Khongbuh – died in Kyllang river at Laitlyngkot.

He also mentioned how the two bodies were recovered only with the help of four local volunteers.

Narrating the incident, the MLA explained about the difficulties during the rescue operations as the bodies could not be located despite continued efforts put in by the SDRF personnel for four days.

Expressing his appreciation to the four volunteers, Mylliem said the four men, despite great odds and without any kind of equipment whatsoever, had exhibited tremendous courage and unique skills that led to the recovery of the two unfortunate victims.

The MLA urged the government to recommend the four volunteers for a ‘bravery award’ to encourage them for their selfless service.

The MLA added, “These volunteers have done such acts several times earlier too which were somehow not covered by the media.”

“The State government should seriously think of instituting such bravery award henceforth,” he further said.

The MLA also stressed that specialised training be imparted to the SDRF personnel so as to enhance their skills and efficiency.

“The SDRF personnel are the first responders and it is expected that such teams would have the basic expertise for tackling such situation,” Mylliem said.

More importantly, the MLA stressed that the services of such persons should be utilized by the government while suggesting the need to have a policy to make a special case for recruitment in the state police or SDRF of such rare individuals who can make a significant contribution in the state.

“It would be most appropriate if these four individuals may be considered, if necessary, even by making specific relaxation of educational qualification or age, so that they can be appointed in the government just for such eventualities in future,” the Sohra MLA said.

Meghalaya Chief Minister Conrad K Sangma in his reply assured the House that the government would examine the suggestions made by the MLA.