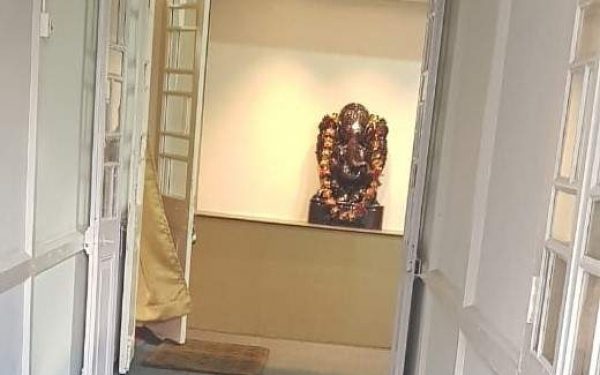 Under pressure from the Jaintia Students Union (JSU), the administration of National Institute of Technology (NIT) Meghalaya on Monday removed an idol of Lord Ganesha from its campus.

The JSU had registered strong protest against the NIT’s decision to prominently display a Ganesha idol.

The students union of the Christian-majority state had said that the idol’s installation was hurting the sentiments of people belonging to other faiths.

Carved by a national award-winning sculptor, the Ganesha idol was installed at the entrance point of director’s secretariat on September 23.

A senior official of NIT told Northeast Now that the idol was removed on Monday morning.

The JSU on September 26 had sent a memorandum to NIT Meghalaya director BB Biswal demanding immediate removal of the idol.

The students’ body had warned that the act of the NIT-Meghalaya might incite “communal tension” in the state.

The students had also suggested that the NIT administration to install a bust or a statue of a renowned personality from the field of science, arts or literature in place of the Ganesha idol.

However, Biswal had initially claimed that the idol was installed for decorative purpose and was not aimed to worship the Lord Ganesha.

Later, under pressure from different quarters, the NIT officials had to remove the Ganesha idol.