Meghalaya: Huge seizure of cattle along Indo-Bangladesh border by BSF 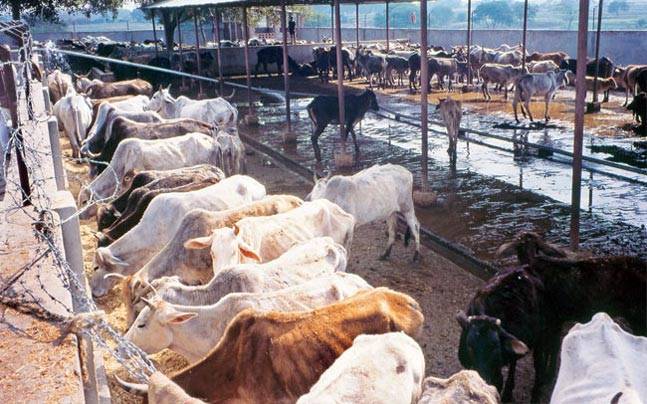 Troops of the BSF Meghalaya Frontier have seized 69 cattle worth around Rs 13 lakh from areas along the Indo-Bangladesh border in the State.

A statement issued in Shillong by the BSF on Thursday said that on Independence Day, BSF troops deployed at Tuka in East Khasi Hills district noticed suspicious movement near international border.

The operation party rushed to the spot but miscreants ran away and took advantage of the thick vegetation and bad weather which resulted in the recovery of 28 cattle worth approximately Rs. 5.8 lakh.

“These cattle were being smuggled out from India to Bangladesh. The smugglers were trying to smuggle cattle from the unfenced area but the alert BSF jawans always foil their attempts,” the statement said.

“The 444-km long Indo-Bangladesh border with Meghalaya interspersed with riverine, dense forests and hilly terrains which provide favorable conditions for cattle smuggling and other crimes.

The increasing demand in Bangladesh for the forthcoming `Eid-ul-Azha’ and high profit involved has tempted smugglers to indulge in cattle smuggling despite of heavy vigil by the sentinels of the border.

Inclement weather also played supportive role for criminals, the statement said, adding that BSF troops were heavily engaged in curbing this menace which has suddenly increased in Meghalaya in the last few months.

In the last four days, the BSF Meghalaya Frontier has seized 344 cattle, and contraband items worth more than Rs 73 lakh being smuggled out from India to Bangladesh via the international border in Meghalaya from areas of Tuka, Hat Thymmai, Lyngkhat, Umsyiem, Ryngku, Shella, Patharghat in East Khasi Hills district and Muktapur in West Jaintia Hills district.

“Frequent seizures by BSF troops indicated that smuggling of cattle has shown a phenomenal increase this year along the international border in Meghalaya. Though desperation is seen on the part of cattle smugglers, but they are making very daring bids to push the cattle to Bangladesh, but somehow they have not been successful,” the BSF statement added.