The post of “chairman” remained vacant after Julius Dorphang fled the organistion and surrendered before the State government on July 24, 2007 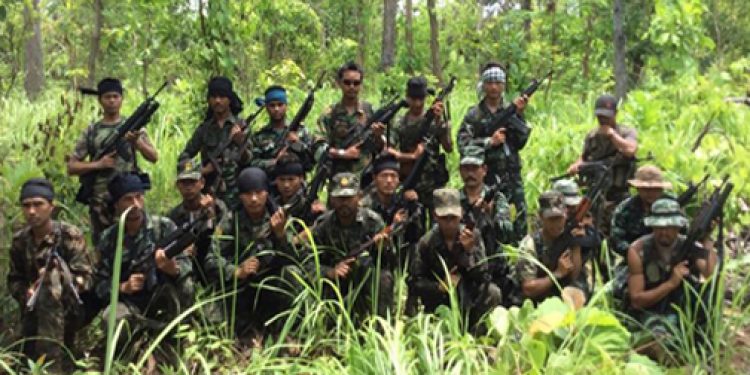 File image of HNLC rebels at an undisclosed location.

The proscribed rebel outfit Hynñiewtrep National Liberation Council (HNLC) has re-organized its central executive committee (CEC) with its “commander-in-chief” Bobby Marweiñ now taking over as “chairman” while Saiñkupar Nongtraw has been selected as “general secretary.”

Marweiñ will also continue as the “commander-in-chief” while Nongtraw will also function as “publicity secretary.”

The post of “chairman” remained vacant after Julius Dorphang fled the organistion and surrendered before the State government on July 24, 2007.

The post of “general secretary” was not filled after Cheristerfield Thangkhiew left the organisation and surrendered before the deputy chief minister Prestone Tynsong on October 18, 2018.

Thangkhiew said, he left the HNLC with mutual understanding with other leaders, since he has retired from the organisation.

In an emailed statement to the media on Wednesday evening, Nongtraw said that the other leaders of the outfit include Khrawbok Jyrwa as “vice chairman,” Alex Diengdoh as “foreign secretary,” Wanshan Marweiñ as “finance secretary”, Riewpyrkhat Sun as “organising secretary” and M Rynjah as “socio-cultural secretary.”

Nongtraw said that the new Committee of the HNLC has been re-organised to re-motivate and carry on with the Council’s struggle to achieve its ideology.

According to Nongtraw, the new CEC was re-constituted on January 2 along with an oath taking ceremony at an undisclosed location ‘Krem Tirot’.

“We took the firm oath that we shall work selflessly for safeguarding the interests of our people. We are not against any race or religion but in order to prevent our people from the brutal mindset of mainland India, we have but no choice but to take up the armed movement,” the statement said.

The HNLC also appealed to the various ‘Hynñiewtrep’ pressure groups to stand united and “they should not be divided based on political motivations.”

“The KSU, FKJGP, RBYF, HNYF, HANM, HYC, JSU, JYF and other are the pillars of the Hynñiewtrep. They should join hands together and keep their indifferences behind and keeping in mind the primary interests of the Hynñiewtrep people,” Nongtraw appealed.