There were some concerns expressed by the disbanded ANVC members which we have taken note, and will be working towards that, says CM Conrad Sangma 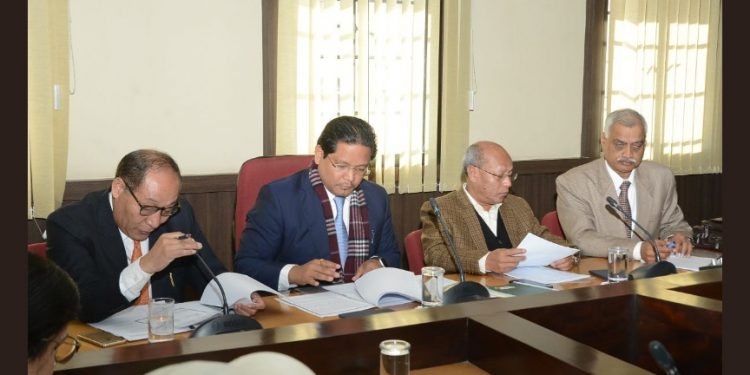 Meghalaya Chief Minister Conrad K Sangma on Friday reviewed the progress made regarding the “agreed text for settlement” signed between the Centre, Meghalaya government and the disbanded militant outfit, Achik National Volunteer Council (ANVC) and its faction, the ANVC-B

Conrad told reporters that a detailed discussion was held as it important to find out what has happened after the agreement was signed, and what kind of efforts and steps have been taken by the government in this regard and all those details were presented during the meeting.

On rehabilitation package, he said that it was clear that all processes were done based on guidelines given by MHA.

“Based on that, every individual cadre is looked into and once they fulfil those criteria laid down by the MHA, only then the compensation is given to them. There are some cases, and we have asked them to make a list of people who they say have not received the compensation. I have asked DGP to look into those aspects and study it and get back to us on that,” the Chief Minister said.

On providing autonomy to the Garo Hills Autonomous District Council, the chief minister said that development was one of main issues that was there in the “agreed text for settlement” and a lot of development projects have been done in the past.

“Regarding powers or more subjects to be handed over to the GHADC, the state government had earlier come out with a note on certain areas and that has been shared with the GHADC.  The state government and GHADC will sit again and review whether the Council accepts those or not, and based on that, we will move forward,” Conrad said.

Satyendra Garg said that during the meeting, the chief minister reviewed the progress made regarding the settlement and the matter related to transfer of some subjects to the GHADC was also discussed, and the state government will do the needful.

Stating that the review of the “agreed text for settlement” is better in Shillong than in Delhi, Garg said, “We will have an annual review in Shillong where every ministry and every department will show the progress made regarding the implementation of the accord.”

Earlier, the ANVC’s breakaway faction, the ANVC-B alleged that the agreement was not implemented in true spirit.

The ANVC-B accused senior IPS officers of the state of deleting names of the ANVC-B cadres from the verification list, and only few ANVC-B members were included in the final list.

It also alleged that packages meant for the cadres of ANVC-B were given to most people who were not its cadres.

“The state deprived us of our privileges thinking that we would be weakened, scattered and rose against our leaders. But we were trained physically and mentally and the state should stop wasting time,” the ANVC-B had said in its statement earlier.

The “agreed text for settlement” was signed in New Delhi on September 24, 2014, and both the groups were formally disbanded at a public ceremony at Tura in West Garo Hills district on December 15, 2014.

Altogether 748 cadres from both the factions – 447 of the ANVC, and 301 of the breakaway faction – were present as chairmen and commanders-in-chief of the two groups during the disbanding ceremony at Tura in 2014.