The number of seats in KHADC should be increased from 30 to 31: Meghalaya govt committee 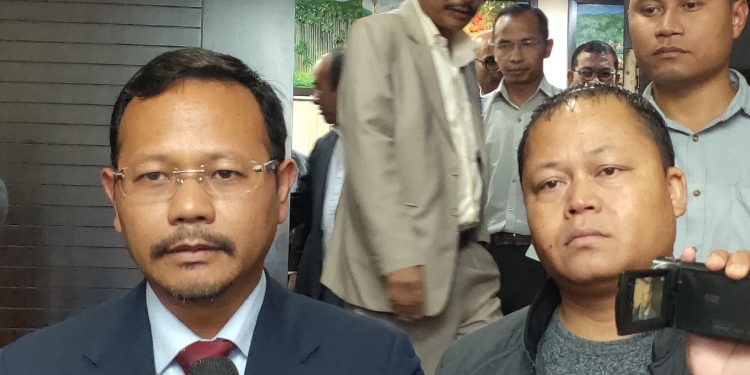 A committee of the Meghalaya government, constituted to study the 6th Schedule Amendment Bill, decided to reject the word “unrepresented” tribes included in the bill.

During a meeting on Thursday, the committee also resolved that the number of seats in the Khasi Hills Autonomous District Council (KHADC) be increased from 30 to 31.

The meeting was also attended by the representatives of various groups and traditional heads under the banner of Meghalaya Indigenous Tribal Constitutional Rights Movement (MITCRM).

Various issues concerning the state, especially clauses in the bill that may affect the interest of the indigenous people and functioning of the three autonomous district councils (ADCs), were also discussed.

Sangma told reporters that all concerns raised by the stakeholders during the meeting have been taken into consideration.

The committee will compile a representation to be submitted by the state government to the Rajya Sabha’s standing committee which is studying the amendment bill, said Sangma.

Earlier, the amendment bill proposed that the seats in the KHADC and Garo Hills Autonomous District Council should go up from 30 to 40 seats, of which, four will be nominated members, including two women.

The bill also proposed that the nominated members should comprise representatives from the ‘unrepresented’ tribes.

The committee unanimously decided to demand that the word ‘unrepresented’ tribes should be excluded from the bill and the number of seats in the KHADC should be increased from 30 to 31 seats.

For Jaiñtia Hills Autonomous Council, the bill proposed to increase the seats from 30 to 34, of which four are nominated members, including two women.