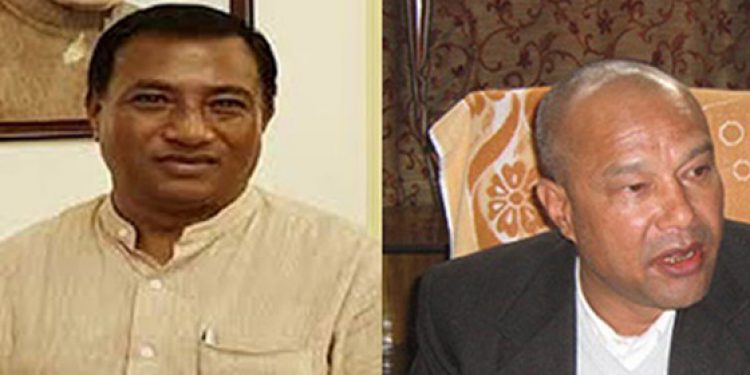 At a time when the BJP-led NDA government at the Centre wants to implement the Citizenship Bill, the BJP MLAs in Meghalaya have voiced against the Bill.

BJP MLA and Meghalaya health minister A.L. Hek on Thursday said he would not take any hasty decision on resigning from the party in view of the strong opposition against the Citizenship Bill.

However, another BJP MLA from South Shillong, Sanbor Shullai, said he would quit the party if the Bill is not exempted from Meghalaya and Northeast.

Shullai even said he has given one month’s ultimatum to the NDA government at Centre to take decision not to implement the Bill in Meghalaya and the Northeast.

“I will not take any hasty decision but first consult with our party workers,” Hek said.

At a massive rally held to oppose the Citizenship (Amendment) Bill, 2016, BJP legislator Shullai had claimed he and Hek were ready to quit the BJP if the Bill is implemented by the Centre.

Hek said it is a fact that he and Shullai had submitted a memorandum to Prime Minister Narendra Modi on the matter.

When asked, Hek said, “I appreciate and welcome the opinion of Shullai.”

Stating that resigning from the party is not the solution, BJP leader Hek said it is more important to fight the issue of Citizenship Bill within the party.

When asked if the issue would affect the BJP in the upcoming Lok Sabha polls, Hek said, “Any issue does not translate into votes.”

Hek also said the BJP in Meghalaya and its MLAs have opposed the Bill along with the MDA government, because “the Bill has been based on religion.”

Shullai also submitted a memorandum seeking intervention of Prime Minister Modi on January 11 into the Citizenship Bill, but there was no response till date.

“I will again go to New Delhi on Tuesday to serve this ultimatum. If the Centre fails to act on the matter, I am ready to resign from the BJP because for me the interest of the indigenous people comes first. I have taken up the issue not because I am afraid of elections. I am not afraid of the BJP also, but I am afraid of the CAB,” Shullai said.