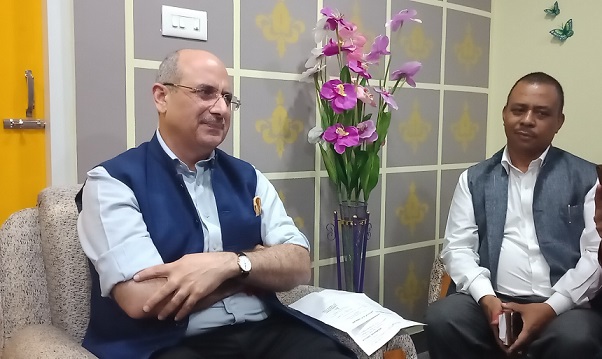 The BJP, which is part of the ruling Meghalaya Democratic Alliance (MDA) coalition government, has defended the delay in resolving the ban on coal mining in the state.

During campaign to the February-27 Assembly elections this year, the BJP had promised it would find solution to the ban on coal mining in Meghalaya within six to eight months from the day it got the chance to run the government in the state.

The BJP, with two MLAs, is part of the six-party MDA government being led by the NPP under the leadership of chief minister Conrad Kongkal Sangma.

The ban on coal mining in Meghalaya by the National Green Tribunal has continued since April 17, 2014.

Kohli also said that the BJP was committed to the coalition and expected that government must complete its tenure and must deliver to the people its promises and agendas of development, and that was the only reason the government was formed.

He further said that in coalition dharma, the role of each party is recognized and has to play for the coalition to succeed, while pointing out that the people of Meghalaya have given the NPP the biggest chunk of seats and chance to lead the government with the support of others along with common agenda.

“During election campaign, any political party will campaign and aspire to form a government on its own strength. But when the mandate comes, we respect that mandate in victory and in defeat. Therefore there are policies and priorities and agenda that will be decided by the coalition government,” Kohli said.

Asked if the BJP would rotate the post of minister in the MDA government between its two MLAs, Kohli denied it saying, he has not been a participant to such kind of a discussion so far.

The BJP has two MLAs – A L Hek and Sanbor Shullai. At present Hek is the minister in-charge health, arts and culture, among other portfolios.