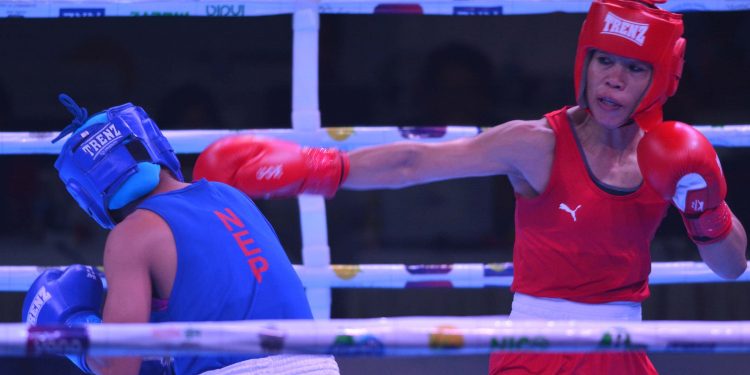 With a large number of her fans in the packed stadium cheering for ‘Magnificent Mary’, she wasted no time in recording a 5-0 win against the Nepal boxer.

Mary will now be facing Strandja Cup gold medallist Nikhat Zareen in the semifinals and it will be interesting to watch the two women boxing champions compete each other in the tournament.

Telangana based boxer Nikhat also easily defeated her opponent Anamika and recorded a 5-0 win against her to enter the semifinals.

Mary had decided to give Asian Boxing Championship a miss this time to focus on the world championships and Olympic qualification .

Manipur boxer Sarita Devi entered the semifinals by a 5-0 win against her opponent Preeti Beniwal in the 60 kg category.