Manipuri filmmaker gets support for his decision to return Padma Shri

It's sad for an artist to refuse this recognition for his lifelong contribution to society… But for one’s motherland, it can be done again and again: Deep Choudhury 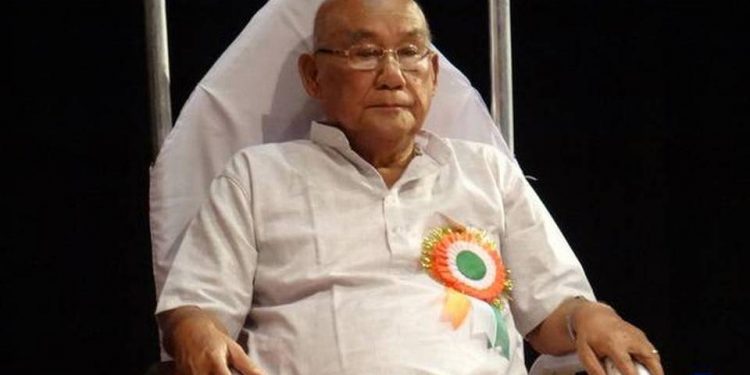 Legendary Manipuri filmmaker Aribam Shyam Sharma, who decided to return his Padma Shri award in protest against the Citizenship Bill, has received support from the film fraternity of the region.

Most of the filmmakers of the region have also said they too oppose the controversial Bill.

The Bill, which was passed in the Lok Sabha on January 8, 2019, is yet to get Rajya Sabha nod.

The Citizenship (Amendment) Bill, 2016 amends the Citizenship Act, 1955 to make illegal migrants who are Hindus, Sikhs, Buddhists, Jains, Parsis and Christians from Afghanistan, Bangladesh and Pakistan, eligible for Indian citizenship.

A report published by The Citizen.in on Tuesday quoted Haobam Paban Kumar, a multiple national award winning filmmaker of international repute from Manipur, as terming it ‘painful’.

The report quoted Kumar as saying, “Definitely, I support his cause. I think every northeasterner will support this. We have faced it for a long time. If it’s for the other parts of the country, it’s fine. But for northeast India, it’s absolutely no. It’s his personal decision. I think he is very hurt at whatever is going on.”

Filmmaker Kumar is working on a documentary on Aribam Shyam Sharma.

Protests have been going on across the Northeast in protest against the Bill, which the BJP-led NDA government wants to be implemented.

The report also quoted a national award winning filmmaker from Assam, Deep Choudhury, as saying that filmmaker Aribam Shyam Sharma’s sacrifice would not go in vain.

The report further quoted Choudhury as saying: “It’s sad for an artist to refuse this recognition for his lifelong contribution to society… But for one’s motherland, it can be done again and again. Salute to you Aribam Shyam Sharma! I hope your sacrifice will not go in vain.”

Choudhury, who is the secretary of the North East Filmmakers’ Forum, won the Indira Gandhi Award for Best Debut Film of a director for his film ‘Alifa’.

On the other hand, Parthajit Baruah, a film researcher and author, said Sharma is a very down-to-earth person and a politically-conscious filmmaker.

The report quoted Baruah as saying: “See, he is not against any government, but what compelled him to do so is the prevailing scenario. It indicates his angst, that he is not happy with what is happening around us. And he has done what he felt, and he wants to live in a peaceful environment with harmony.”

Another filmmaker from the region, Dominic Sangma also termed the situation in the region over the Citizenship (Amendment) Bill, 2016, ‘unfortunate’.

The report also quoted Dominic Sangma as saying: “It is unfortunate that Sir Aribam Shyam Sharma had to take this step to highlight the damage of the Citizenship Amendment Bill. We all know that if CAB is passed we will be an endangered species in our own home. If our so called representatives or political leaders pause only for a moment in their pursuit of power and think beyond their personal gain, and do what they’re supposed to do, then Aribam Sir will do what he does best: making films.”