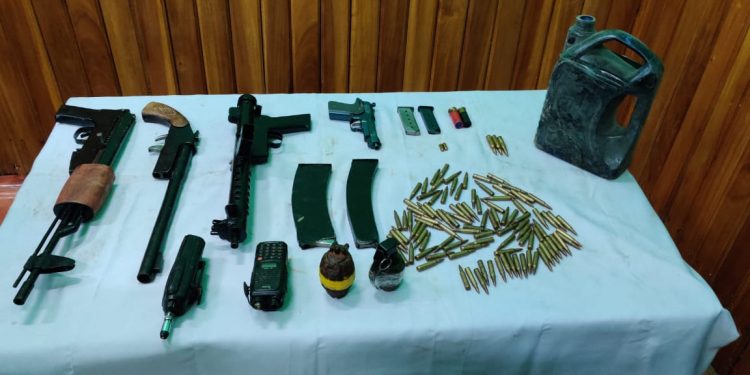 This was stated in a press release on Monday evening.

Based on specific input regarding presence of two armed cadres of a banned outfit involved in extortion activities, the joint team launched a search operation in the area, the release of the Assam Rifles said.

During the detailed search, the team recovered three well concealed packages containing the arms, ammunition and other war like stores, it said.

The recovered arms, ammunition and war like stores have been handed over to Nambol Police Station for further investigations.