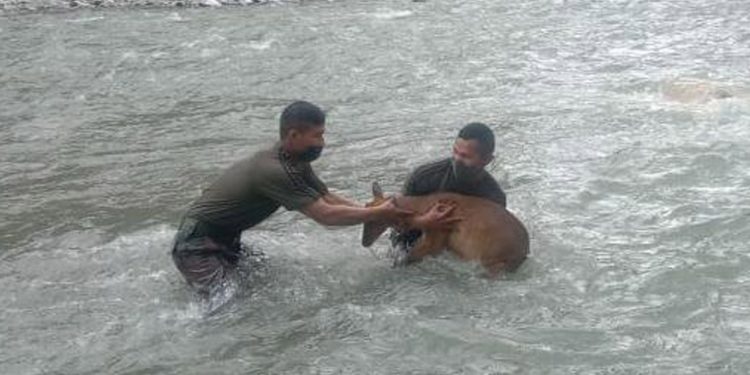 An endangered species of barking deer was rescued by the Indian Army in West Kameng district of Arunachal Pradesh recently.

A patrolling team of the Indian army spotted the barking deer when it was carried along with the flow of Jiding Kho river in Tenga valley.

Realizing that the animal was been drifted and getting drowned, an immediate rescue team was launched by the patrolling team.

Maintaining and upholding the rich traditions and ethos of the Indian Army, the rescue team successfully evacuated the barking deer.

The deer was given first aid in close liaison with the forest department team and during diagnosis, it was discovered that the deer was pregnant.

As the animal recovered from the trauma, it was handed over to forest official Millo Tasser, DFO, Shergaon Forest Division and later released in Eagle Nest Wildlife Sanctuary in West Kameng District.