Scottish hard rock band Nazareth and American rock band Extreme have confirmed their performance at the upcoming ShiRock 2019 in Manipur.

This was informed by Manipur Tourism Development Corporation Limited sources. 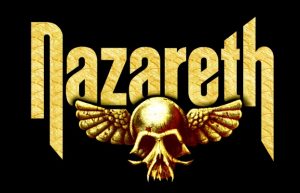 “Scottish rock band Nazareth will perform on October 16, the opening night of the festival while American glam rock band Extreme on October 19, the closing day,” says the source.

Both Nazareth and Extreme are likely to make their way to Ukhrul town once they arrive for their respective 90 minutes non-stop shows at Bakshi ground, 80 km north of Imphal, another source claimed.

Nazareth which gained international fame due to their cover of country duo Boudleaux Bryant’s ‘Love Hurts’ featured on their 6th studio album Hair of the Dog; had earlier performed in Mizoram in April 2017.

However, for Extreme which was formed in 1985, it is said to be their debut performance in India.

The Shirui Festival was upgraded to a state-level fest in May 2017 recognizing the importance of Shirui Lily – the state flower.

The festival aims to spread awareness about conservation of the rare pinkish white flower which resembles the shape of a bell.

The festival is also aimed ‘to develop and implement sustainable and responsible tourism in the State’ besides promoting Ukhrul as an important tourist destination in the Northeast.

Live music, cultural shows, beauty pageants, exhibits, folk songs, traditional dances and indigenous games and sports competitions as the festival featured demonstrations of the age-old traditions and culture of the inhabitants of the district of Ukhrul.

Shirui Lily found only in Shirui hill range, about 8,500 ft above sea level was declared a state flower in 1989 after it was named after Jean Macklin, the wife of Dr Frank Kingdon Ward who spotted the flower in 1946.

The Royal Horticultural Society, one of the world’s leading horticultural organizations honoured the Shirui Lily with its prestigious merit award at its Flower Show in London in 1948.

Now hectic preparation for the festival is on after the state Chief Minister N Biren Singh chaired a review meeting of the festival’s organizing committee on October 1 last.

The festival would be opened by Union Tourism Minister Prahlad Singh Patel.

COVID-19 test at airports, rail stations in Assam to continue