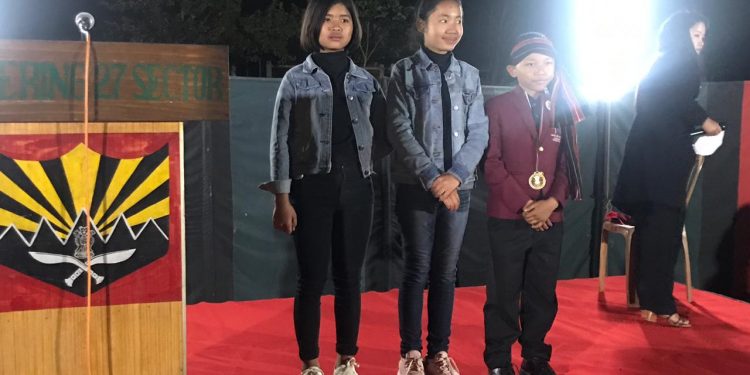 The Churchandpur Sector of Assam Rifles on Tuesday joined a ceremony to welcome back Manipur braveheart Master Lalkansuang who was awarded Pradhan Mantri Rashtriya Bal Puraskar.

The felicitation ceremony was held at Churachandpur and it was attended by various civilian and military dignitaries along with a huge number of local people.

Assam Rifles presented Lalkansuang with school uniform, books and football and also committed to support his education for the next year.

On the other hand, the Combined Pipe band of Units from 9 Sector Assam was adjudged overall first in the Band category out of a total of 13 band teams participated in the Republic Day Parade and Beating of the Retreat.

The combined Pipe bands of Assam participated in the Republic Day Parade and Beating of the Retreat events organized by the Manipur Government on January 26 and 27 respectively.