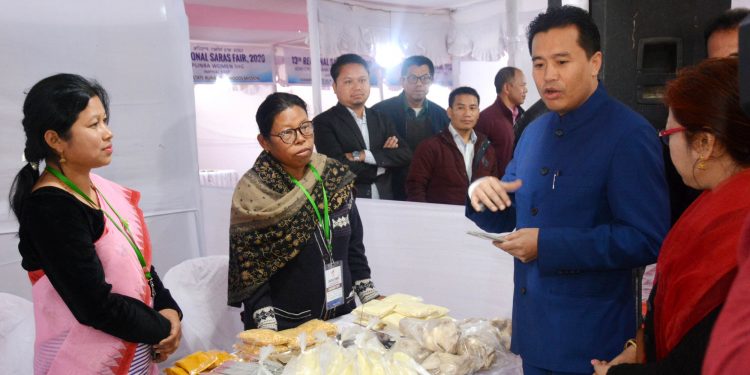 Altogether 106 stalls including six stalls of offices are opened in the fair.

Speaking on the occasion, minister Biswajit announced that the fair will be held twice a year from this year as the fair couldn’t be conducted twice in the previous years due to lack of man-power, financial constraints.

Stating that the MSRLM is currently implemented in some blocks of Tengnoupal and Imphal East, he also asked the concerned officials to check whether blocks can be clubbed together for inclusive implementation of the Mission in the State.

On the other hand, Khadi Board Chairman Radhakishore said that the Board has initiated cotton plantation in Jiribam this year with the hope of reviving the State’s Spinning Mill adding that they are also going to take up coffee plantation in the hills as an alternative to poppy plantation.