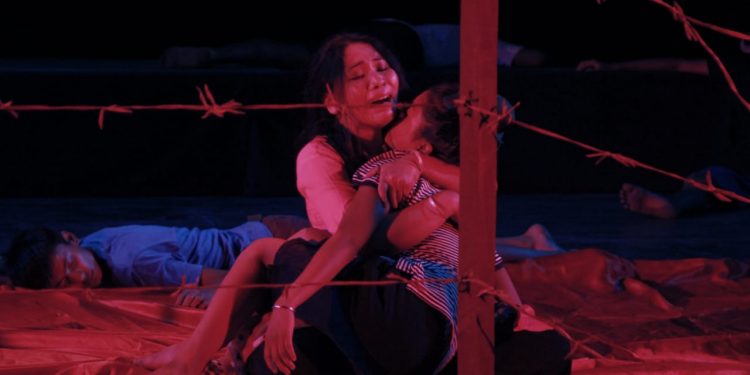 Directed by Ksh Phajaton Chanu, the play is an adaptation of K Padmakumar’s Jallianwala Bagh- a piece of prose and would be staged at Jawaharlal Nehru Manipur Dance Academy auditorium.

Sahitya Akademi and National Film Awardee Dr Makhonmani Mongsaba have penned the screenplay of the adaptation.

The play was previously premiered at Kangjam Padmakumar Literary Festival 2019 held in the Shrine of Chorus Repertory Theatre in April earlier this year.

The play’s story revolves around Ratnabali, a housewife from one of the houses of the neighbourhood of Jallianwala Bagh.

On that fateful day, she heard gunshots from the park where her husband had also gone.

She went to look for her husband where she found him dead in a pool.

The story revolves around her and the various incidents that take place thereafter.

The staging of the play would be preceded by a formal inauguration ceremony and the director of the art and culture department of Manipur A Shivadas Sharma would be the chief guest.