Seem the Manipur Government misses no opportunity to put a gag on the media in the State.

The I&B Ministry has pulled up the Manipur for issuing notices to The Frontier Manipur under the new digital media rules.

Secretary to the Ministry of I&B, Amit Khare has shot off a letter to Manipur Chief Secretary Rajesh Kumar on the matter.

“These powers have not been delegated to the State Governments/District Magistrate/Police Commissioner,” the letter adds. 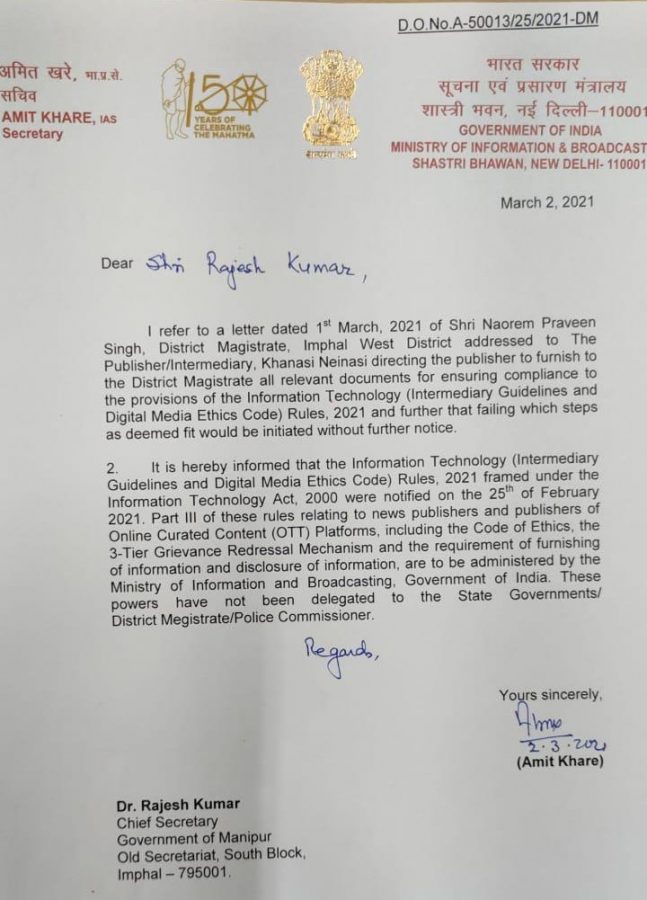 Seem the Manipur Government misses no opportunity to put a gag on the media in the State.

Manipur news portal The Frontier Manipur was served legal notice by the police in the State.

However, the notice was later withdrawn by the Manipur Police following widespread outrage.

The Manipur Government had directed The Frontier Manipur to furnish relevant documents to ensure compliance with the provisions of the Information Technology (Intermediary Guidelines and Digital Media Ethics Code), Rules, 2021 “failing which steps as deemed fit shall be initiated without further notice”.