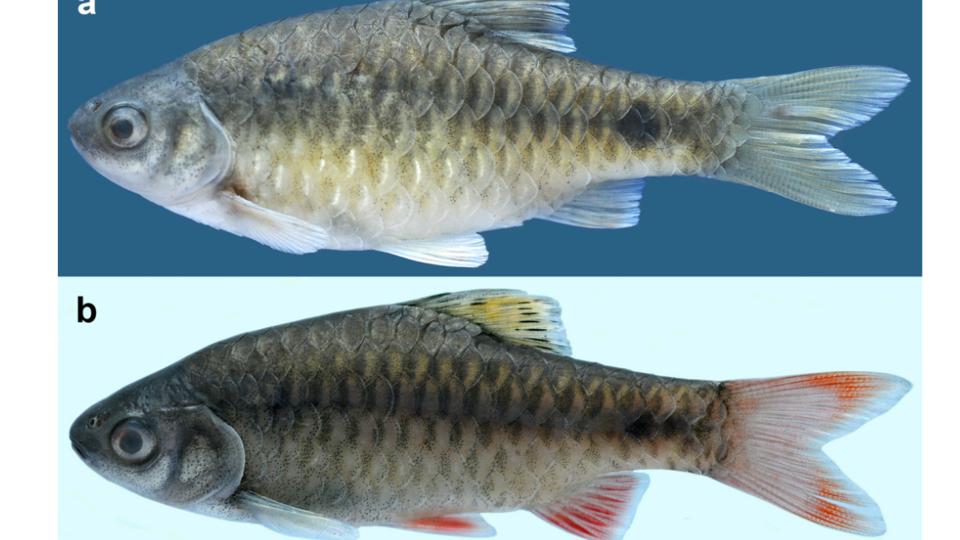 A new freshwater fish species has been identified in Manipur, according to a study published in the peer reviewed journal Zootaxa.

Pethia poiensis was found by a research team of Manipur University’s Life Sciences (fishery unit) department  and a researcher from the Zoological Survey of India in the Challou River in Manipur’s Ukhrul district bordering Myanmar.

“We’ve submitted our paper on the discovery sometimes back but it was accepted as a new species only last month following a thorough examination by international reviewers,” The Hindustan Times quoted researcher Bungdon Shangningam, a postdoctoral fellow at the Zoological Survey of India (ZSI), as saying.

As is the case with the identification of any new species, the claim for Pethia poiensis was vetted by an expert panel including that from the International Union for Conservation of Nature (IUCN) and submitted to the London based International Commission on Zoological Nomenclature, which allocates a unique identification to the species.

The species has been named after Poi, a small hilly village in Ukhrul district where the Challou river flows, to acknowledge the help extended by villagers during the fieldwork in the area, Shangningam said.

Zootaxa’s citiation mentions that the genus Pethia contains over 35 species, all endemic to the Indian subcontinent (north-east) and Myanmar.

Of the 14 valid species of Pethia recognised from the Chindwin–Irrawaddy delta, Pethia poiensis is easily distinguished from others because of its different body characteristics and unique colour pattern, the study says.