National Sports University to come up in Manipur to train athletes 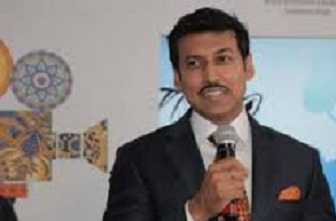 A Bill seeking to establish a National Sports University in Manipur to provide sports education, research and coaching was passed by voice vote in the Lok Sabha on Friday.

A report appearing in the The Indian Express stated that the National Sports University Bill, 2018, would eventually replace an ordinance promulgated on May 31 last. The legislation was introduced in the Lok Sabha in August last year, but it could not be passed. Since students had already been enrolled, the Government had come out with an ordinance to protect their interests. The discussion on the Bill had begun on August 1 last.

Responding to the debate, Sports Minister Rajyavardhan Singh Rathore informed that the university will be set up at a cost of Rs 524 crore. A sportsperson will be the Vice-Chancellor, and the university’s academic council will also consist of sportspersons, he said.

The report further stated that the legislation empowers the university to set up outlying campuses throughout the country and also abroad. The university and its outlying campuses aims to impart training to athletes, sports officials, referees and umpires and evolve as centres of excellence. The Government has signed an agreement with the University of Canberra and Victoria University for development of curriculum, research facilities and laboratories, Rathore said.

The members were informed by Rathore that the Government had increased stipend and food allowances of sportspersons by 100 per cent, and salary of the staff has also been raised. MB Rajesh of the CPI (M) said that the situation of sports administration in the country is “bad”. Of the two key officials leading the Indian sports contingent to Jakarta Asian Games, one was jailed for a year for his role in a Commonwealth Games corruption case and the other official’s appointment as a Joint Director-General of Commonwealth Games was investigated by the Central Bureau of Investigation (CBI) after the Central Vigilance Commission (CVC) alleged “misuse of power” by him.

Lauding the Government’s move, BJP member Anurag Thakur made several suggestions for encouraging a sports culture and to improve the country’s prospects in international competitions. Thakur said the university must be attached to schools and other universities across India through a “bicycle rim model”, in which the proposed university should be the “axle at the centre of sports culture” connected with schools and colleges through rims. He also said MPs should be given funds to organise sports competitions in their constituencies.