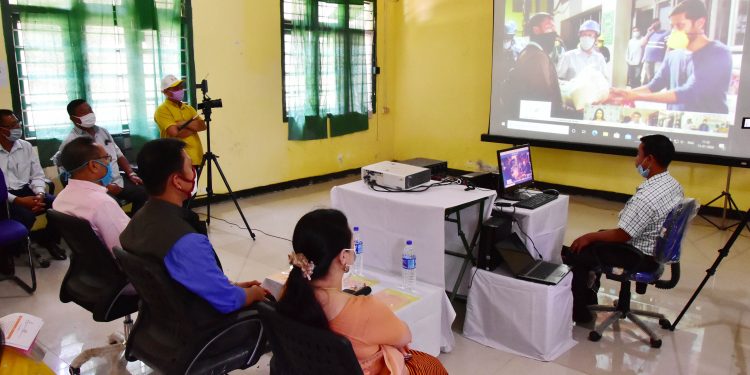 The National Skill Training Institute (NSTI), Extension Centre, Manipur was e-inaugurated at the campus of Government ITI, Takyel in the outskirt of Imphal on Wednesday.

The centre is expected to facilitate training in the Crafts Instructor Training Scheme (CITS) trades of motor mechanic, carpentry and electrician.

It aims to use existing infrastructure and equipment in the ITI for the benefit of ITI pass-outs in the north-eastern region.

The union minister for skill development and entrepreneurship, Dr Mahendra Nath Pandey formally inaugurated the NSTI Extension Centre through a video conference during the digital conclave held on Wednesday.

Minister of state for power, new and renewable energy (independent charge) and skill development and entrepreneurship R K Singh, minister of labour and employment Dr Th Radheshyam among others were present at the inauguration.

The day’s event coincides with the World Youth Skills Day and the fifth anniversary of ‘Skill India’ mission.

During the Digital Conclave, minister Dr Radheshyam expressed profound gratitude to Dr Pandey, for his consent to set up a new NSTI in land measuring about 12 acres at Heirok village in Thoubal District wherein construction of a residential senior secondary school and an engineering college under Rashtriya Uchhatar Siksha Abhiyan of HRD ministry is under progress.

The newly opened NSTI Extension Centre will facilitate the future demand to the existing 21768 Craftsmen Instructor Training Scheme (CITS) trained instructors of 17683 & 4085 in both Engineering & Non Engineering trades respectively in the Northeast.

It also aims to cater the needs of rural target groups among 70 per cent rural population in the State by means of conducting new age courses especially employment oriented.