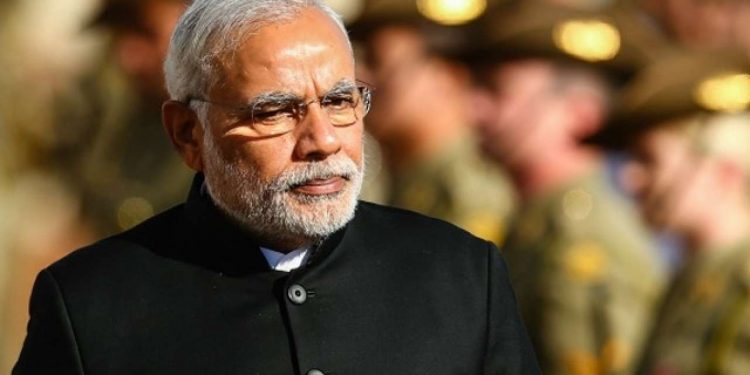 Amid tension in Manipur over Naga peace talks, a BJP delegation of the state has rushed to New Delhi to meet Prime Minister Narendra Modi.

The team of the ruling party reached the national capital to ensure that “territorial integrity” of the state is not affected.

The NSCN (I-M) has sought Naga-inhabited areas of Assam, Manipur, and Arunachal Pradesh to be lumped with Nagalim (greater Nagaland), which they want to form by including parts of Myanmar

Manipur has been opposing the NSCN (IM)’s demand of the integration of Naga inhabited areas.

“We are seeking an appointment with the Prime Minister to ensure that the territorial integrity of Manipur remains unscathed,” TOI quoted Manipur BJP general secretary N Nimbus Singh as saying.

The delegation will also seek an appointment for meeting Union home minister Amit Shah on the issue.

Singh said the BJP delegation was holding meetings with different party central leaders on the issue of maintaining the state’s territorial integrity intact.

The Naga National Political Groups (NNPGs) on Sunday said New Delhi has decided to conclude the ongoing negotiations on resolving the Naga issue within October 31.

Before that interlocutor Ravi will hold formal meetings with the NSCN (IM) leaders in New Delhi on Monday and the working committee of NNPGs on Tuesday.

The NSCN-IM will be represented by Ato kilonser and chief negotiator, Th Muivah.

This two meeting are likely to be the final meeting before the three-month deadline set by Prime Minister Narendra Modi, to conclude the negotiation.