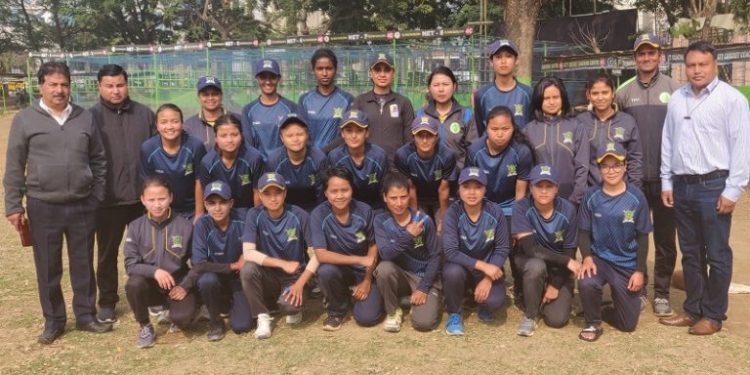 Meghalaya pulled a spectacular win against Manipur in the U-23 Women’s One-Day Trophy on Saturday.

The Meghalaya team defeated their opponents by two wickets and with 10 deliveries to spare in Cuttack, according to reports.

Earlier, the Meghalaya women had defeated Arunachal Pradesh by one-wicket on Tuesday.

Manipur won the toss in Saturday’s game and chose to bat first.

Despite a couple of early wickets from Ajima Sangma, they were able to post 200 on the board riding on half-centuries from L Rajkumar (79 not out) and Kalpana (69).

Sangma claimed one more wicket to finish with figures of 3/35, while Solina Jaba bagged a wicket in her last over, removing the dangerous Kalpana caught behind by wicketkeeper Avril Syiem.

Meghalaya lost three wickets early on in the chase, but a fine 74 off 71 deliveries by Luiza Tamang (nine fours, one six) saved her team.

There were contributions right down the order, with Shruti Kumari making 20, Razia Ahmed 28, Sangma 13 and Jaba with 24 not out off 20 balls, which led Meghalaya to victory.