Manipur CM said, "Women of the state are at the forefront in various fields." 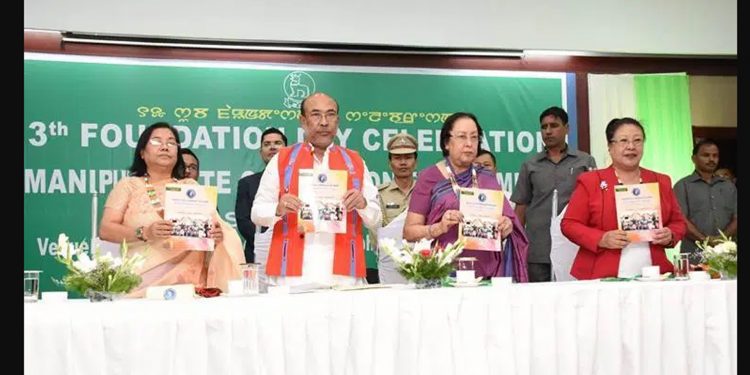 Manipur will host the United Nations International Conference to discuss the issues related to drug menace, HIV/AIDS problems in the region from September 30 to October 1 next.

This was announced by Governor Najma Heptulla on Sunday in Imphal during Manipur State Commission for Women (MSCW)’s 13th Foundation Day Celebration.

“Delegates from at least seven nations will take part in the conference,” she further said urging state Chief Minister N Biren Singh to invite the home ministers of all the states of Northeast.

“By having all the eight home-ministers of the region under one roof we can have a comprehensive policy to deal with issues like drug menace, HIV/AIDS,’ the Governor added.

“Even though various legislation to protect women against social discrimination, violence and atrocities have been enacted, however, lack of awareness about these has hindered their full implementation,” she added.

The Governor urged the MSCW to find ways of eliminating the man-made social aberrations and prevent all crimes against women.

Speaking on the occasion, the Manipur CM said, “Women of the state are at the forefront in various fields.”

“The Manipur government has introduced several welfare schemes for women and the government is focussed on women empowerment,” he added.

Singh added that his government is committed to uplift the lives of women.