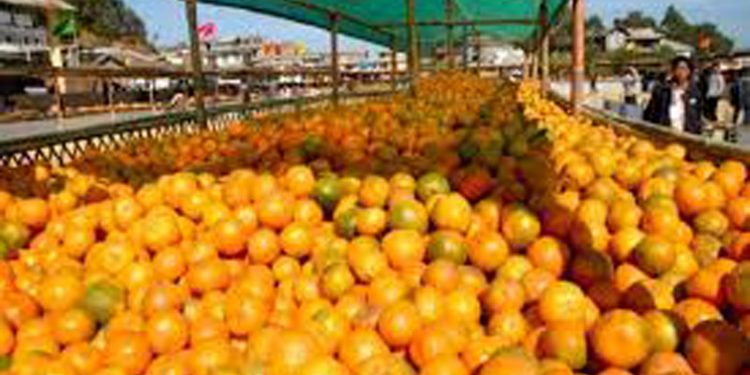 The district administration of Tamenglong in Manipur has geared up to host the 16th State Level Orange Festival from December 13-15.

A meeting of the district level committee of the festival was held at the conference hall of the deputy commissioner of Tamenglong district on Wednesday.

The meeting was chaired by Tamenglong deputy commissioner Armstrong Pame.

The meeting resolved to organize the 16th State Level Orange Festival and district centenary celebration in a grand manner.

The meeting discussed about the budget and the programme of the festival, and the district centenary celebration.

This year, Rs 1.5 lakh, Rs 1 lakh and Rs 75,000 have been fixed as the prize money for the orange growers who will win the first, second and third prizes respectively.

Honorarium of Rs 8,000 each will also be given to all the orange growers, who will be participating in the competition.

The application forms for the best orange growers’ competition will be issued from November 8 and the last date of submission of the filled application is November 30.

Any orange growers from Tamenglong and Noney districts, who are willing to participate in the competition, can obtain the form from the DC office, Tamenglong by paying Rs 1,000 for the form.

Form verification and field inspection will be started from December 1 by all the sub-divisional officers (SDOs) along with the staff members of the horticulture department.

The festival will have video promotion of orange growers and orange queen contest.

This year’s state level orange festival is expected to include entertainment programmes.

Tamenglong district is one of the largest orange producing districts of Manipur.