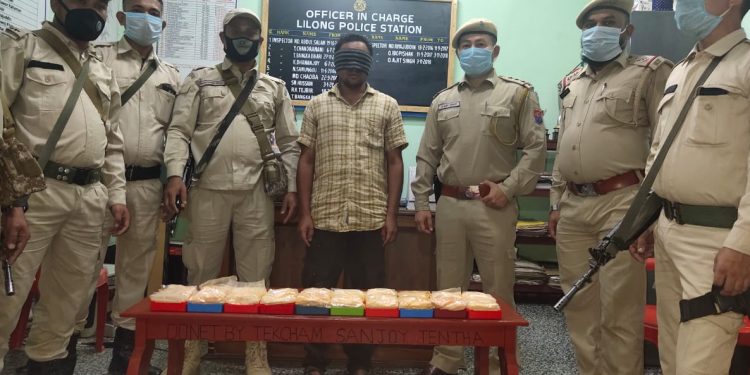 Acting on reliable information, a team of Thoubal District Police in Manipur arrested an individual said to be a drug peddler from Lilong Turel Ahanbi Sirin Thong around 10.15pm on Thursday.

This was informed by police sources on Friday.

The team was led by Inspector O Ajit Singh, officer in charge of Lilong Police station under the supervision of superintendent of police  of Thoubal district.

The arrested person has been identified as one Md Farooque (37), son of (L) Md Anwar Ali of Lilong Turel Ahanbi Ubakthong Makha.

A regular case has been registered at Lilong Police station for further investigation, it added.

On June, 24, the Moreh battalion of the Assam Rifles had also apprehended an individual with huge quantity of contraband items in the jungle track from Moreh bypassing Khudengthabi in Tengnoupal district, as per Assam Rifles sources.

The recovered items include 500 small packets containing approximately 1 lakh WIY tablets. The contrabands were being transported from Myanmar to Imphal,it said.

The apprehended individual along with the recovered items have been handed over to Moreh Police Station, it added.