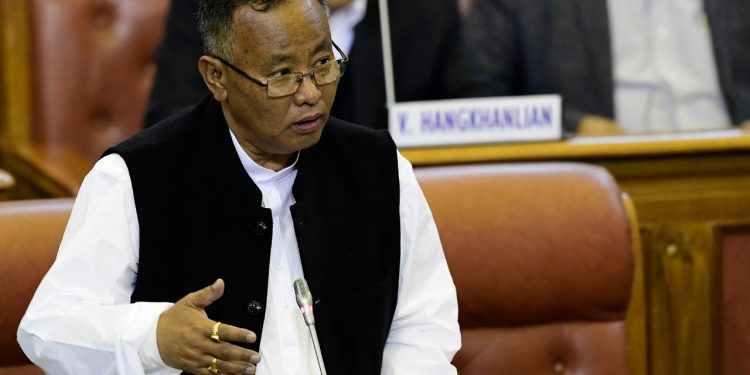 This was informed by health and family welfare minister L Jayantakumar on Wednesday.

Clarifying the queries by opposition MLAs during the demand discussion on health and family welfare in the ongoing state Assembly, Jayantakumar said the State Government has allocated funds in 2020-21 budget for bio-medical waste management which will be used to procure incinerators for RIMS, JNIMS and other government hospitals among others.

As per record, about 125 MT of biomedical waste from JNIMS, RIMS and other hospitals in the State was generated annually in the State.

The Bio-Medical Treatment Facility was proposed and shifted at Lamdeng, Imphal West district as per the directive of the National Green Tribunal, he added.

Once infrastructure development is completed at Lamdeng, the issue of bio-medical disposal will reduce significantly.

On the other hand, the minister also informed the House that the ambitious project under the leadership of N Biren Singh launched the Chief Minister-gi Hakshelgi Tengbang (CMHT) on January 21, 2018 while the Central Government launched Pradhan Mantri Jan Arogya Yojana (PM-JAY) on September 23, 2018.

The popular CMHT scheme covers cashless health protection up to Rs two lakh per family/per year while PMJAY provides a health cover of Rs five lakhs per family per year.

He also informed the House that the patient may produce CMHT card within seven days from the date of admission and PMJAY card within five days.

To facilitate the deserving beneficiaries, the government has already instructed the concerned deputy commissioners for speedy verification of the applicants.

Regarding the question on health care facilities at Parbung area in Pherzawl district, he said the government is considering for establishment of district hospital of Pherzawl at the location of Community Health Centre (CHC) Parbung.

He further said CHC Parbung is functional with the required manpower and infrastructure.

At an average 20 patients attends Out Patient Department daily and four delivery cases per month are recorded.

The health minister also informed that some of the staff was utilized at district hospital, Churachandpur.