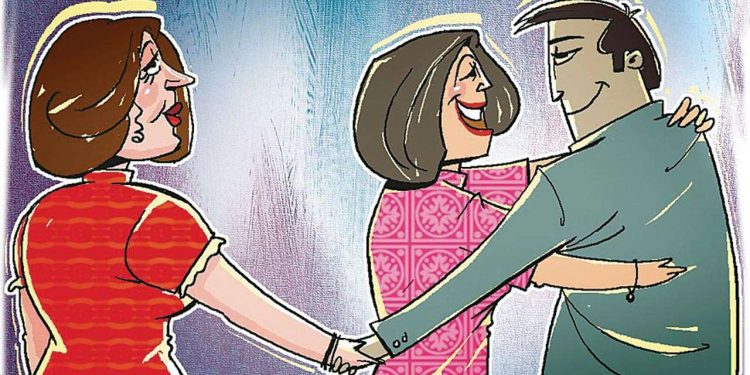 A Manipur court on Tuesday in a judgment ordered a woman to pay Rs 70 lakh as compensation to the legal wife of a man with whom she is having a live-in relationship.

According to reports, the court of the Civil Judge (Senior Division) in Imphal East district had on September 13 heard the case of Ranjita Achom, and her three children against her husband Konsam Shyamsunder Singh – an IAS officer – and his live-in partner Yambem Puni.

Judge Y Somorjit Singh ordered the compensation under tort law on October 18 in three parts – Rs 10 lakh as special damages for causing loss of consortium, nervous shock and mental distress to Dr Achom from June 2016; Rs 10 lakh for lowering her reputation in the eyes of society; and Rs 50 lakh as ‘punitive or exemplary damages’.

A tort is a civil wrong that makes a claimant suffer loss or harm, resulting in legal liability for the person who commits the tortious act.

It can include the intentional infliction of emotional distress, negligence, financial losses, injuries and invasion of privacy.

Dr Achom, 41, had appealed to the court against ‘intentional tort’ by 33-year-old Puni for maintaining an ‘illicit’ relationship with her legally married husband, Dr. Singh, thereby causing ‘untold distress’.

Dr Achom is an assistant professor at Imphal’s Jawaharlal Nehru Institute of Medical Sciences (JNIMS) while her 40-year-old husband is an administrative officer in the Manipur government.

They got married in 2009 and have three children.

Puni is a renowned model serving as panchayat secretary in the Rural Development and Panchayati Raj Department.

Puni had submitted through her counsel that she is Dr Singh’s second wife.

But the court observed that she ‘cannot be given the status of second wife’ as per the Hindu Marriage Act of 1955.