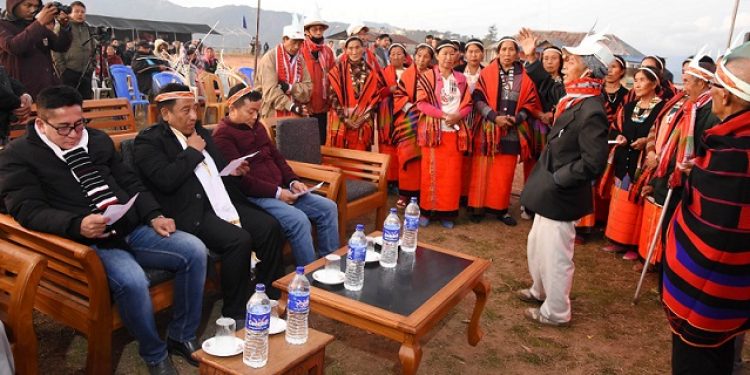 A guest house will be constructed in the next financial year at the Kamjong district headquarters, located around 140 km from Imphal.

This was promised by Manipur Forest and Environment Minister Thounaojam Shyamkumar while addressing a gathering in the opening function of two-day 2nd Kamjong Festival 2018 at Kamjong Public Ground on Tuesday, according to official reports.

The minister, who also holds horticulture and soil conservation portfolio, informed that three guest houses have
been constructed at Ukhrul, Jiribam and Moreh this year .

The two-day Kamjong Festival 2018, said to be a plastic-free event, was held to promote tourism in the region.

The festival, which concluded on December 4, was organised by the Kamjong Development Committee.

Addressing the gathering as the chief guest at the inaugural function, Minister Th. Shyamkumar said
that the objective of organising the event is to conserve and protect the natural beauty and safeguard
the traditional cultural heritage of the people of the area.

Informing that rewards will be given to the villages that properly safeguard the forest, he said that this
year Khamasom village in Ukhrul district was rewarded by the Forest Department for safeguarding
the virgin forest.

Shyamkumar asked the villagers to inform about required crops/plants to the officers of the district.