36-year-old Mary was ranked number one by the International Boxing Association (AIBA) in the Light Fly 45-48 kilogramme category, scoring 1700 points. 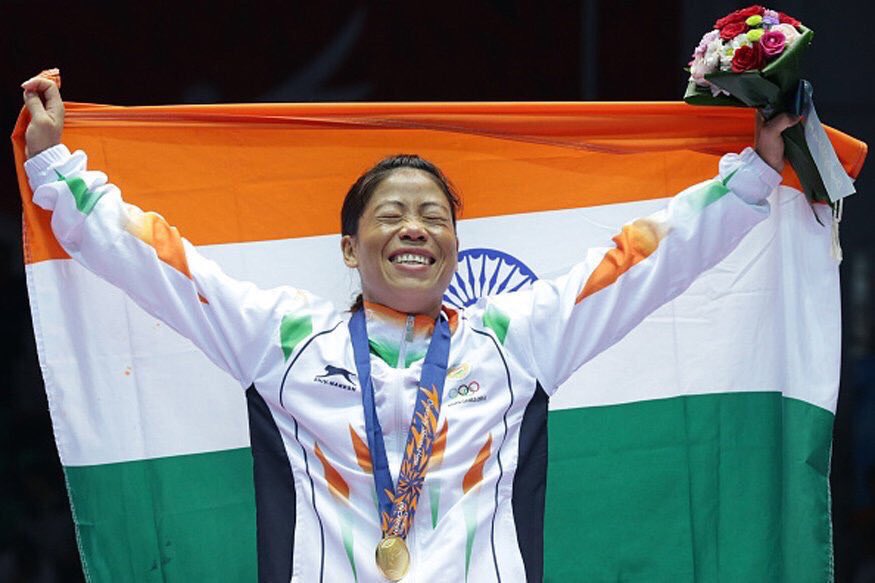 Ace Manipur boxer Mary Kom rose to the top of the boxing world rankings on Thursday.

36-year-old Mary was ranked number one by the International Boxing Association (AIBA) in the Light Fly 45-48 kilogramme category, scoring 1700 points.

Mary capped her 2018 campaign with her sixth world championship title after defeating Ukraine’s Hanna Okhota by 5-0 in Delhi, reports The Hindustan Times.

That victory took her past Ireland’s Katie Taylor, and level with the men’s record held by Cuban legend Felix Savon as the most successful pugilist ever at the world championships.

She also won gold medals at the 2018 Commonwealth Games and the Silesian Open Boxing Tournament in Poland. She bagged a silver at the Strandja Memorial in Bulgaria.

She won a bronze at the London 2012 Olympic Games. She is likely to miss the 2020 Tokyo Olympics as her 48-kg category is not included in the Games roster.