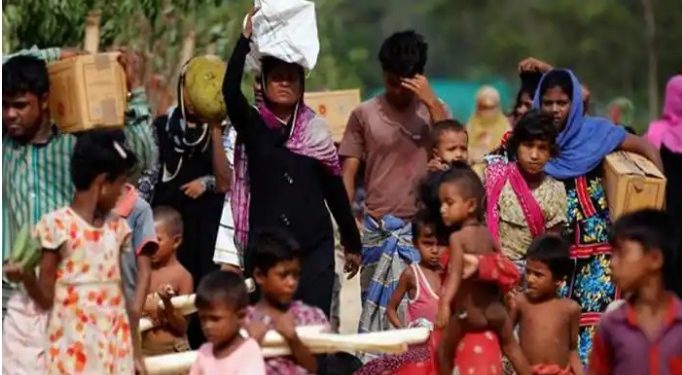 The two Myanmar women along with 27 refugees were kept at a centre, which was turned into a temporary prison, The Hindu reported.

The two women were identified as 46-year-old Ma Myint and 40-year-old Mukhai.

HRA’s executive director, Babloo Loitongbam, said the 29 Myanmar nationals, including six minors, were kept in judicial custody at Saadbhavana Mandop in Churachandpur district’s New Lamka after they were arrested on March 31 for entering India illegally.

They were sent to police custody on April 7 after a local court recorded that they “crossed the border due to threat and fear of persecution as a result of the military coup … without any valid documents and papers”.

They were later remanded to judicial custody, with the Manipur government declaring the centre as a temporary prison under the Prison Act of 1994.

The government had planned to transfer the 29 Myanmar nationals to different jails in Imphal.

Scared of living separately, they requested the authority to let them stay together.

“The authority conceded to their request but did not provide them with any food or healthcare,” said Loitongbam.

He added that local organizations volunteered to organize food for them.

The inmates of the camp started falling sick by the end of May and nine of them tested positive for COVID-19 on June 5.

While the two women succumbed to the infection, 13 others recovered.