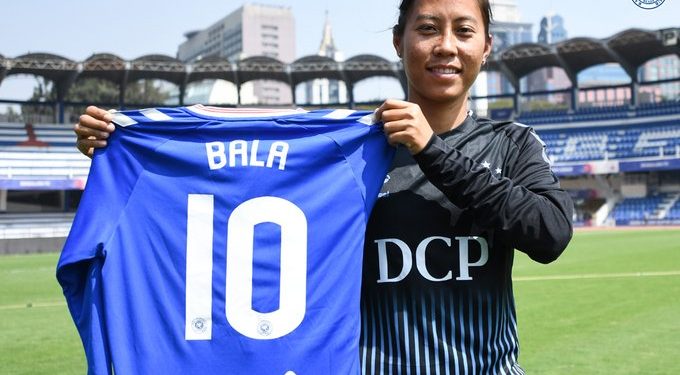 She is the first Indian woman to sign professional contract overseas.

The move is a big step in Devi’s career, who is currently the top scorer for the Indian national women’s team and also the leading goal scorer in South Asia.

She becomes the first Indian woman to become a professional footballer and also Rangers’ first Asian international footballer, the Scottish club said in a statement.

Later Bala Devi issued an statement saying, “To play my football in Europe with one of the biggest clubs in the world is something I could never have dreamed of.”

She added, “I hope my move to Rangers serves as an example to all the women footballers back home in India who dream of taking up the sport professionally. I’m looking forward to making the most of the top-class facilities and coaching.”

According to reports, Devi has also excelled at club level, with a domestic record of over 100 goals.

She has been the top scorer in the Indian Women’s League for the past two seasons and has also been named as All India Football Federation Women’s Player of the Year twice, in 2015 and 2016.

Bala’s arrival in Glasgow has been possible because of the network that has been provided through the club’s partnership with Bengaluru FC that was announced in September 2019.