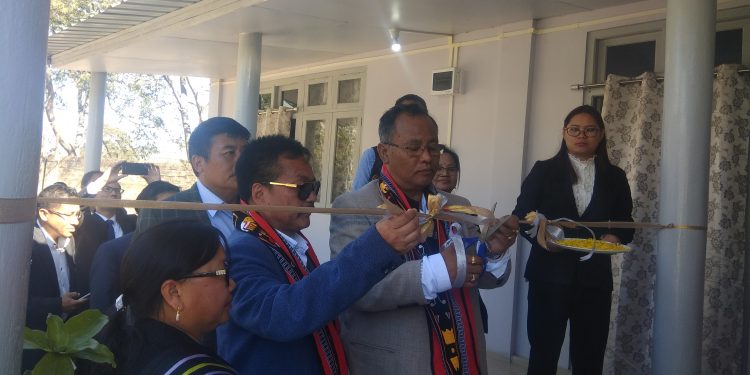 Speaking on the occasion, Law minister Jayantakumar said that the state government and Law department is very much keen to take up new initiatives and new actions to have a world class judicial system in the State.

He also maintained that to know the rule of prudence is more important than reading of many law books as citizens need to be prudent and also act prudently.

Explaining the role of the lawyers, Minister said that people need to see the white part of the lawyers lying under the black coat which the lawyers are using as their code dress adding that the profession of lawyers is very much humble.

This should be understood and maintained by the legal fraternities in order to enlighten the public and maintain peace and tranquility in the society, minister added.

Endorsing the important role of judiciary based on his life experience during his deliberation, fisheries minister Kayisii also appreciated the State Government for construction of the PP office at his home town, Senapati District.

On the other hand welcoming the gathering, Special Public Prosecutor (PCSO) Koshia Mao said Senapati is the first Hill district to have District & Session Court on January 11, 2014.

The first PP office among the hills was also separately given to district.