Manipur: COVID-19 patients walk 8 kilometres to be picked up by ambulance 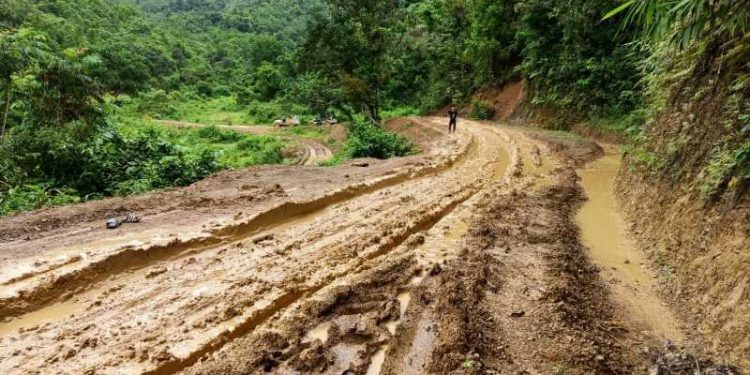 COVID-19 patients had to walk 8 kilometres due to deplorable condition of roads in Manipur. Image credit: Imphal Free Press

Two COVID-19 patients, who returned to Manipur from outside recently, had to walk 8 kilometres km towards the ambulance that was waiting to pick them up.

The incident took place in Ukhrul district and the two returnees are the residents of Razai Khullen village.

The incident has exposed about a dismal condition of the road in Manipur between Razai Khullen and Razai Khunou.

The incident took place on June 17. The ambulance, which went to pick up the two patients, had to be parked at the nearest motorable road that is 8 kilometres away from the residences of the two patients.

When their results came positive a couple of days later, the duo had to walk 8 kilometres from their village till Razai Khunou to get into the ambulance as the road connecting the two points was damaged in rain and it was not favourable for vehicles to ply.

Meanwhile, the incident has triggered sharp reactions from all quarters and Razai Khullen headman VS Mishivam has appealed to the concerned authority to look into the pathetic condition of the road.

During monsoon, the road gets immensely deplorable and it is not suitable for motors to ply.

It may be mentioned here that the said PMGSY road was constructed by HN Company in 2015 with maintenance for five years which had ended on January 26, 2020.