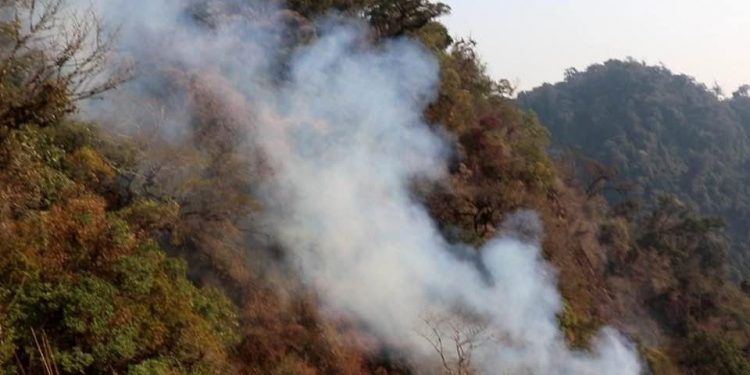 The Manipur chief secretary has also written a letter to the Centre in regard to the situation.

“Very unfortunate to see the fire spreading at Shirui Peak, Ukhrul District, Manipur. Spoken to the Union Home Ministry Additional Secretary to extend all possible help from NDRF to douse the fire. An official letter has also been sent from the Manipur Chief Secretary,” chief minister Singh tweeted on Sunday.

Very unfortunate to see the fire spreading at Shirui Peak, Ukhrul District, Manipur. Spoken to Addl. Secretary, @HMOIndia GoI, to extend all possible help from @NDRFHQ to douse the fire. An official letter has also been sent from the CS, GoM. Why are we so selfish & destructive? pic.twitter.com/0Nruw0fxzi

Additionally, the principal chief conservator of forests (PCCF) stated in a statement that the sudden increase in incidents of forest fires has become a major cause of concern for the state forest department.

The statement also stated that it has been observed by the department that forest fires are also caused by burning of debris in and around forests, campfires left unattended, discarded cigarette stubs and intentional acts of arson.

The PCCF also pointed out that these are punishable with imprisonment which may extend up to five years with fine.

The setting of forest on fire is punishable under the Damage to Public Property Act, 1984 and relevant Sections of the IPC besides under the provisions of Indian Forest Act, 1927 and Manipur Forest Rules, 1971.