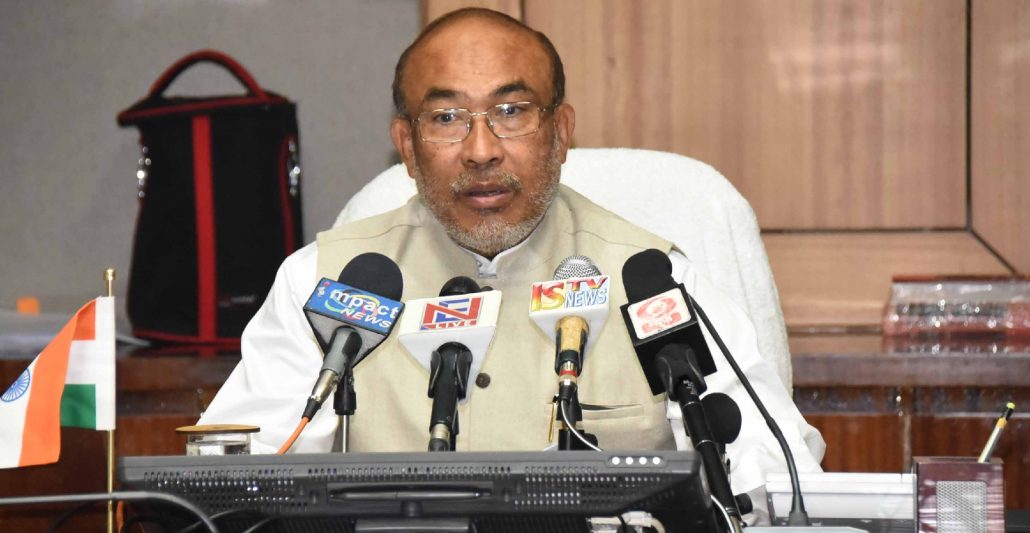 Manipur Chief Minister N Biren Singh appealed to the government employees of the State to suspend their cease work strike demanding implementation of the 7th Pay Commission recommendations and resume their services for smooth functioning of administration.

Addressing a hurriedly called press conference on Friday evening, Biren said this is not the right time for agitation and cease work as it would affect the financial transactions in the end of the financial year which would directly or indirectly affect the people of the State.

Informing that the government has already agreed in principle with the Joint Administrative Council (JAC) of All Manipur Trade Unions’ Council (AMTUC) and All Manipur Govt Employees’ Organisation (AMGEO) and representatives of Manipur Government Services Federation for the implementation of the 7th Pay Commission recommendations in the previous meetings, Biren added that the government has discussed the matter with these employees associations on various occasions at the level of Chief Secretary and Chief Minister.

Only Assam has implemented the recommendations of the 7th Pay Commission but on its State terms/rules out of the eight States of the Northeast India, he said that there are 98,845 regular posts and 45,523 pensioners/family pensioners in the State as on March 15, 2017.

If the government implements the 7th Pay Commission recommendations, then an additional financial expenditure of around Rs 1400 crore per year would be required for pay and pension including Grant-in-Aid bodies, he added.