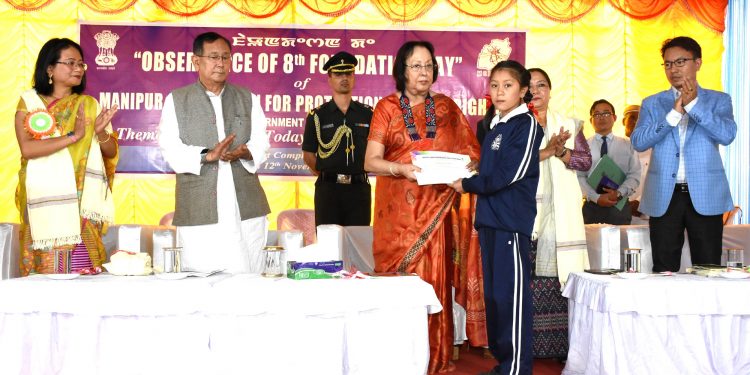 Speaking on the occasion, Governor Dr Heptulla said it is shocking to know that many cases of atrocities to minor girls like molesting, gang-rape, sexual assault etc are happening in such a tiny and beautiful State coupled with rich cultural heritage.

Exemplary punishment should be awarded to any culprit of crime against children as per law.

Every child whether a boy or girl irrespective of age is unique and has value importance as a person with a right for their human dignity to be respected.

When we understand and respect children’s dignity, we are able to create better protection mechanisms and the children themselves can act as active agents in their own protection, she said.

This helps to develop and build recognition of children as independent bearers of rights with a sense of identity and a positive implication for their self esteem.

As a vulnerable group, children have particular rights that recognize their special need for protection and also that help them develop their full potential.

Children are not helpless objects of charity or a property of their parents, she felt.

She appealed to all concerned for joining hands to nurture our children to enjoy their rights fully and to grow as responsible citizens of our country.

Six selected children who excelled in education and co-curricular activities from child care Institutions of Imphal West and East districts were distributed citation and cash awards.

MCPCR was established on November 12, 2012 to safeguard the interests of children and to prevent atrocities against children in the State.