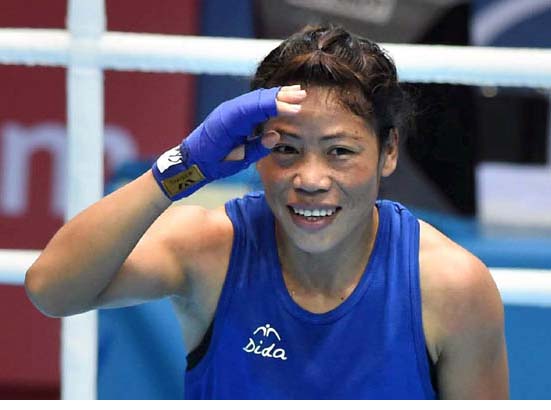 Acclaimed Manipuri boxer MC Mary Kom advances on to the final round of the Strandja Memorial Boxing Tournament currently underway in Bulgaria.

Mary Kom advanced on to the finals of amateur boxing tournament after defeating Chinese boxer Ye Jiali in the 48 kg category of the tournament.

If all goes well, the Boxing sensation from the Northeast will be eyeing her third consecutive International Gold Medal.

It often determines who will qualify to compete at the upcoming summer Olympic games. The Strandja Cup is the oldest international amateur boxing competition in Europe.