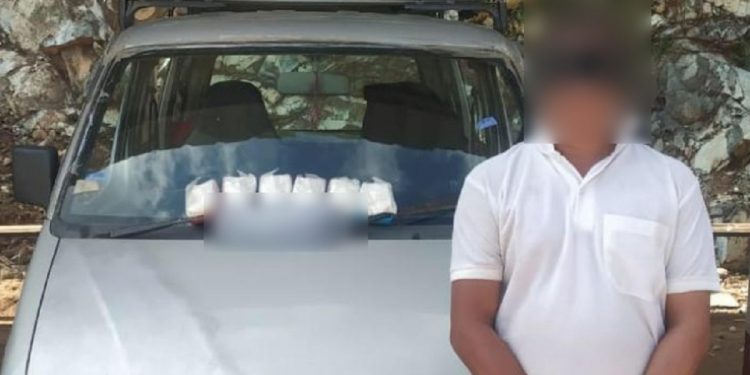 Troops of Assam Rifles claimed to have seized contraband items worth more than Rs 28 lakh in Manipur.

Troops from under Headquarters Inspector General, Assam Rifles (South) recovered the items from Khudengthabi area along the Imphal-Moreh highway.

This was stated in a defence press release issued on Tuesday night.

During a routine check recently at Permanent Vehicle Check Post (PVCP) Khudengtabi, troops of Assam Rifles intercepted a suspicious vehicle driven by one Laishram Krishanamani (43),a resident of Wangoi.

This was stated by public relations officer of IG Assam Rifles (South) in the press release.

After thorough checking of the vehicle, the team recovered heroin weighing approximately 0.720 kg valued at more than Rs 28 lakh.

The detainee along with the recovered items has been handed over to Moreh police station for further investigation, the PRO added in his release.

On November 22, the troops of Assam Rifles stationed in Manipur’s Tengnoupal district had recovered contraband drugs worth more than Rs two crores while checking a Maruti Alto car at mobile vehicle check post in Tengnoupal.