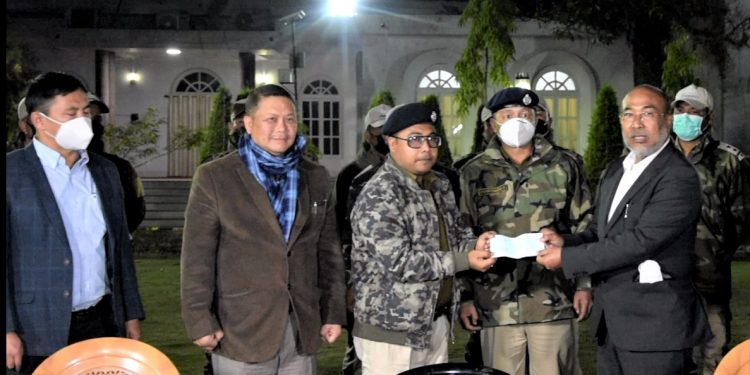 The workers were rescued unharmed from a hill range between Boljang and New Boljang villages under the Thoubal Dam Police Station after the encounter that lasted nearly two hours.

There was no report of casualty on either side in the exchange of fire between the police and the abductors.

Police said that they were kidnapped from the makeshift camp where they were staying, for ransom.

One AK-56 assault rifle was recovered at the end of the rescue operation, the police said.

They were engaged in the construction of a bridge at Laikhong village near Nongpok Keithelmanbi under the PMGSY scheme.

The police commandos launched a rescue operation after a complaint was lodged at the Thoubal Dam Police Station yesterday.

Well done Imphal East District Police and Commando team for rescuing three labourers from their kidnappers today.
Handed over a cash reward of ?10 lakh for their bravery and the police team will also be awarded Chief Minister's commendation certificates. pic.twitter.com/WEah6pvEBe