As a part of his trip to Guwahati, Shinzo Abe would visit the State 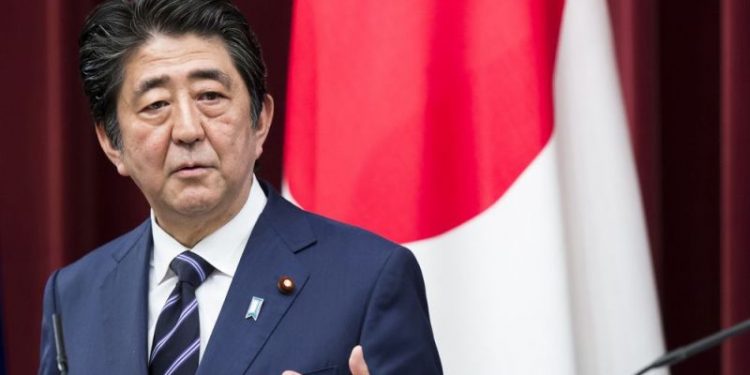 Japan Prime Minister Shinzo Abe is expected to visit Manipur in mid-December to pay homage to the Japanese soldiers killed in the northeastern border state during the World War- II.

The Imphal Peace Museum, 20 km southwest of Imphal, at the foot Maibam Lokpa Ching also known as Red Hills, is a historical place where the last battle between British and the Japanese fought during the World War-II.

About 70,000 Japanese soldiers are believed to have died in the Imphal and Kohima battles, which are regarded as the fiercest, from March to June 1944.

A framed calligraphy by Prime Minister Abe Shinzo of Japan with the word ‘Peace’ or ‘Heiwa’ in Japanese was also the main attraction of the museum.

It was developed with support from Japan’s Nippon Foundation in collaboration with Manipur Tourism Forum.

Prime Minister Narendra and his Japanese counterpart would hold an annual summit for two days at Guwahati in mid-December.

As a part of his trip to Guwahati, Shinzo Abe would visit the State, reports say.

Even though no definite date has been fixed for Abe’s visit, officials of the ministry of external affairs as well as Japanese officials have reportedly visited the State to prepare for the high profile visit.