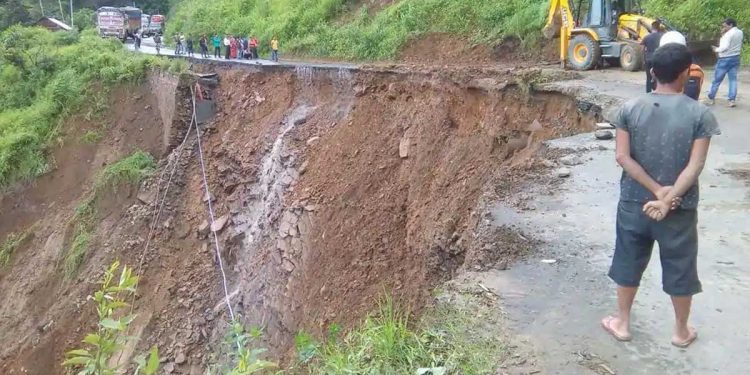 Due to the heavy rainfall in the state for the past few days, Manipur has witnessed massive landslide in several areas including Noney and Tamenglong district, official reports said on Sunday.

The officials informed that almost all rivers in the two mountain districts are flowing above the danger level.

“The administrative machinery has been kept on high alert,” they further said.

“Several shops, houses and other facilities in low-lying areas are flooded,” the officials further added.

It was also known that prices of essential commodities in the state have sky-rocketed as the transportation of consumer and other items from Assam to the state has stopped.