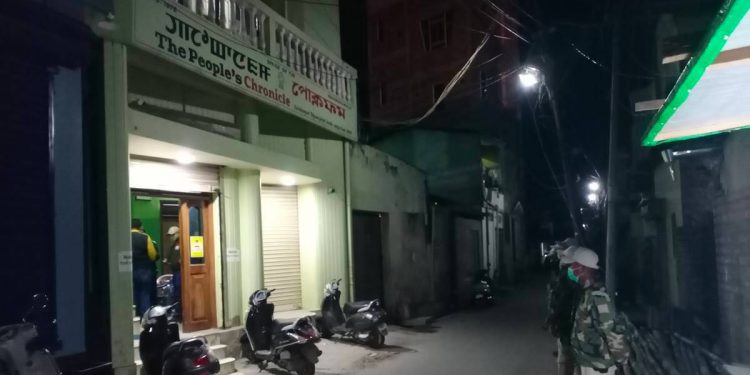 The grenade lobbed by an unidentified miscreant in the office of ''Poknapham', however, did not explode.

Suspected militants on Saturday evening hurled a hand grenade inside the office of a leading Manipuri newspaper at Keishampat in Manipur’s Imphal West district.

The grenade lobbed by an unidentified miscreant in the office of ”Poknapham”, a vernacular newspaper, however, did not explode.

The police said the incident occurred around 6.30 pm at the office of the newspaper located at Keishampat Thiyam Leikai.

The safety pin of the grenade was found intact, said the police.

The CCTV footage showed the grenade was hurled by a woman who came on a moped.

Bomb experts of the state police removed the explosive weapon from the spot.

Manipur police has launched a search operation to nab the culprits behind the incident, police said.

No arrest was made in connection with the incident so far.

Security has been beefed up around all the media houses in the region.

Aribam Robindro Sharma, Editor of Poknapham, said they did not get any form of threats or intimidations from anyone.

The meeting further resolved to organise a protest on Sunday followed by another round of meeting to decide its further course of action.